When her best friend’s brother tells her that two strange men are following her, Amanda thinks that Craig is just being overprotective. Amanda has nursed a secret crush on Craig for years, but he’s never seemed to notice or care about her before.
But Craig’s warning coincides with a strange dream, and Amanda starts to get the sense that nothing in her life is what it seems to be—and that perhaps nothing in her life will ever be the same again.
Then Hanna and Craig start acting really strange. They forbid Amanda from going anywhere without them and insist that she’s in danger.
What Amanda doesn’t know is that Craig and Hanna are Hunters. And their job is to protect Amanda from the vampires chasing her so that she can fulfill her mission. The only catch is that Amanda has no clue she even has a mission to fulfill… 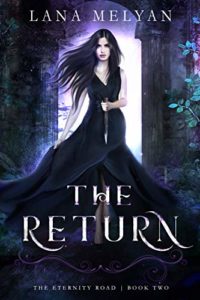 Finally, a hundred and sixty-two years later, the Hunters’ powers are back. More vampires arrive in town and Green Hill isn’t safe anymore.

Eleanor is full of anger and she needs time to adjust. Some of her actions frighten Kimberly. Will Kimberly be able to accept this new person her friend has become?

The fact that Fray saw Kimberly with Ruben puts her in danger. Will Ruben be able to keep her safe?

Meanwhile, Samson and Craig depart on a secret mission, leaving the Hunters with a task to find the transitioning hybrids. Riley and Ruben are the only ones who know where they’re heading, and what they’re after.

The lock on the thin, metal backdoor of the gas station seemed a little complicated. Riley wedged the crowbar between the lock and the door-frame, and the second he pushed it, a book-sized plastic box attached to the wall on the other side of the door exploded with such power that the three of them flew back twenty feet in different directions. The blow shot a huge amount of dust into the air. The pieces of euro pallets and shards of concrete showered down on them.
“What the hell was that,” wheezed Eleanor, sitting up and shaking the dust from her hair.
“Sorry, honey, did it ruin your new outfit?” said Ruben, looking at the blood on his jeans, torn on the hip. “Look at the bright side,” he groaned, pulling himself up and rubbing his back, “The door is open.”
Kindle Purchase Link

In the war between good versus evil, there are bound to be casualties on both sides. It’s inevitable. In The Eternity Road – The Return, Lana wrote several sections demonstrating each side’s strength and why they should be feared. Yeah, be prepared for some bloody crime scenes where vamps left a trail of carnage behind. The hunters did bag a few bloodsuckers as well but I do think Fray’s side proved more victorious than not.

In the final moments of The Eternity Road – The Return, we see a glimmer of hope that finally some answers to questions touched upon, but never clarified, will be unveiled. Most Hunters are in the dark. Fray wonders what Samson is up to and so did I.

For me, I don’t think enough time was spent on Samson and Craig’s secret mission. They seemed more like an afterthought to the storyline. However, based off the final paragraph, I know they will be front and center during part III.

For now, let me state I did enjoy reading the emotional ride of being a Hunter and loving one. Poor Ruben, Lana shown us the internal struggle he faced every day to do his job without casting fear in his love’s eyes. Luckily for him, he had nothing to worry about. As for Kimberly, unfortunately, her problems aren’t over yet.

Lana, I can’t wait to see what you have planned for them next. 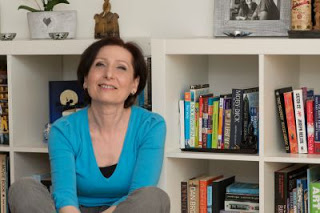