The Chronicles of Parthalan by Jennifer Allis Provost (Book Showcase) 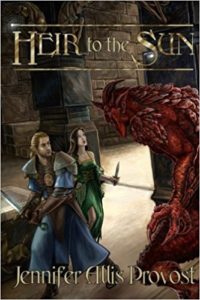 A mad king. An escaped slave. One warrior to save the realm…

When Asherah, stripped of both her memory and her dignity, learns that King Sahlgren is responsible for her torment it nearly breaks her. Instead, she leads her fellow slaves to freedom. More prisons are scattered across Parthalan, and Asherah vows to burn them all.
Caol’nir, a warrior descended from the gods, is sworn to serve and defend the king. Then a priestess is murdered, and Caol’nir learns that Sahlgren is to blame. Determined to stop the king, sacred oath or no, Caol’nir joins Asherah’s rebellion.
What Caol’nir doesn’t know is that Sahlgren has promised the demon lord a woman of rare and singular beauty, a woman whose abilities are rumored to rival the sun god’s themselves…a woman Caol’nir knows all too well.
Print Purchase Link
Kindle Purchase Link 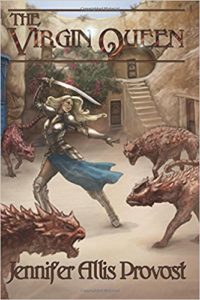 A broken queen. A friendship mired in deceit. Can one man from the desert help hold the realm together?
Asherah, Queen of Parthalan and Lady of Tingu, has led her people through eight centuries of prosperity. That peace shatters when Mersgoth, the mordeth thought long dead, attacks Teg’urnan. In the aftermath a new warrior emerges: Aeolmar, a man as secretive as he is deadly.
Asherah and Aeolmar race across Parthalan in pursuit of Mersgoth, and track the beast to the High Desert. While they’re gone, Harek, now Prelate of Parthalan, conspires with the Dark Fae against the elves…Against Leran, the king of the elves and Asherah’s son in all but blood. Will Asherah see the truth of Harek before it’s too late, or will he bring down the fae once and for all?
Print Purchase Link
Kindle Purchase Link
~~~ BOOK THREE ~~~ 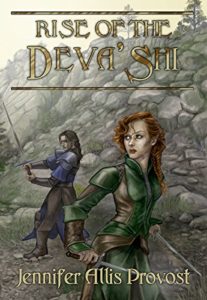 A stolen girl. A legendary champion. A plan that might destroy Parthalan once and for all…

Aeolmar, First Hunter of Parthalan, leads a solitary life. Having long since abandoned his quest to kill Mersgoth—the demon that murdered his family—Aeolmar moves through his days with cold efficiency. Everything changes when he leads a training mission in Brennus, where he’s attacked by Mersgoth himself, and saved by an unlikely heroine.

Latera, first born and heir to Gannera’s throne, is kidnapped and left for dead in Parthalan’s vast forests. A lone human amongst Parthalan’s fae, she makes a home in Brennus, and lives a quiet life—until she finds herself defending a wounded First Hunter from a clutch of demons.

Back in Parthalan, Harek warns Asherah of something called the deva’shi—a warrior loyal only to the demon lord, Asgeloth. Both Aeolmar and Latera suspect that there is more to this deva’shi than what Harek has told them, but before they can learn the truth, Parthalan’s borders are attacked. Will Aeolmar and Latera be able to stop the deva’shi in time, or is it a distraction to hide Harek’s true plans? 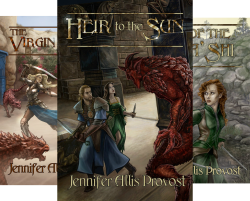 To buy all three right now, use this link —-> CLICK ON ME 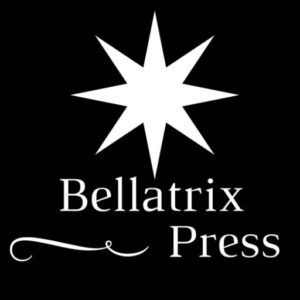 Jennifer Allis Provost writes books about faeries, orcs and elves. Zombies too. She grew up in the wilds of Western Massachusetts and had read every book in the local library by age twelve. (It was a small library). An early love of mythology and folklore led to her epic fantasy series, The Chronicles of Parthalan, and her day job as a cubicle monkey helped shape her urban fantasy, Copper Girl. When she’s not writing about things that go bump in the night (and sometimes during the day) she’s working on her MFA in Creative Nonfiction.
Twitter Link
Website Link
Facebook Link