Get Married or Get Dead Trying by Cher Lane (Book Showcase) 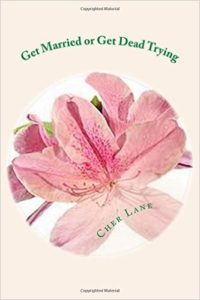 Kara Kay George had agreed to be on The Stag as a favor to the producer, her old sorority sister. “I just need you for one night,” Noreen had begged. “Then you can go home.” But going home was not an option. As luck would have it, the Stag took a liking to her and decided to keep her around. No way would she fawn over him as the other women were doing. She had a business back home to run and no time for a silly romance, especially not with a man who had his eye on twenty-four other girls.

Tree Gunner had lost a bet at his best friend’s bachelor party, meaning that he had to apply to be on the popular TV show, The Stag. Of course the handsome son of a Houston building magnate was a shoo-in. Certain that he will not fall in love with any of the girls, Tree arrives on the show feeling smug and confident. He’ll enjoy the attention of twenty-five vain, beautiful women, all hoping to marry him and his money, and then haul it back to Houston, alone.
Luana Deneux goes on The Stag with one purpose in mind – to marry Tree Gunner. An heiress with a disappearing inheritance, she and her brother are desperate for her to marry The Stag in order to restore the family’s dwindling coffers, and they will stop at nothing to insure it happens. 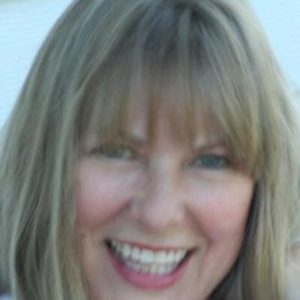 Cher Lane lives in Texas with her husband, four cats and a dog. She has three sons and one daughter, two step daughters, 15 grandchildren, and five step grandchildren. When she’s not writing, she enjoys working out, going for walks, swimming, sewing and cooking.
Twitter Link
Facebook Link