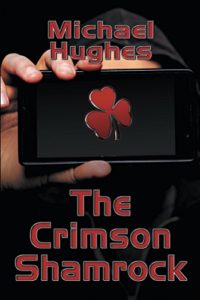 A scotch-swilling DUI attorney, a cynical congressional staffer, and a retired bomb- sniffing German Shepherd are just some of the characters Chuck Wesson meets after he takes a travel assignment from his new boss, mysterious Silicon Valley entrepreneur Axel DeWilde. Chuck has been sent on a flight from San Francisco to Boston in order to demonstrate the Crimson Shamrock, a breakthrough portable communication device code-named the RedClove.

However, Chuck begins to suspect that all is not as it seems after a robber tries to steal the device at the airport, and his flight later has to be diverted to the Twin Cities after a threat is made. After his meeting is relocated to the D.C. suburbs and does not go according to plan, Chuck flies back to California to discover who and what are behind his travails.

After dropping Blake off at the VC headquarters, Axel drove me back to the office.  As we got inside, Axel began to go on one of his euphoric monologues.

“You see, Chuck, all of the opportunities that we are presented with!”  I was afraid he was going to shatter the glass front door given how enthusiastically he had shut it.  “Just look how eager Blake was for our product!”

“Is he OK with our timeline, do you think?” I asked.  I turned on my computer and took a seat as Axel continued to pace around the floor.  I was half afraid he was going to start dancing.

“Why, of course!  All things take time, and Blake and his people understand that very fact.  We are, in a way, building up the anticipation even more, yes?”

That didn’t seem like the soundest logic to me, but who was I to tell Axel this?

“That’s one way of looking at it, I hadn’t thought of it that way.”

“Oh, yes,” he said as he almost tripped over himself on his way back to his desk.  “The anticipation of the new product is key. Absolutely, essentially, key.  Key, key, key.”

I twiddled my fingers as I waited for my computer screen to turn on.  Luckily, I didn’t have to wait too long.

“I think you’ve done enough work for the day,” said Axel.  He looked at my computer, walked over, and turned it off.  “You should head home and get some rest.  Next week is going to be a learning experience for all of us.  We are going to have to have the boys finish engineering the prototype, and then we will have to have it transported to the East Coast for its demonstration.”

“How are we going to get it over there?”

Axel grinned.  “The method of its transport is in this room.  He, I should clarify, is in this room.  I generally try to avoid flying.  You are free to draw your own conclusions.  Shall I see you tomorrow, ten o’clock, no?” 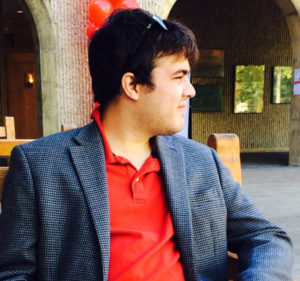 One Response to The Crimson Shamrock by Michael Hughes (Book Showcase)