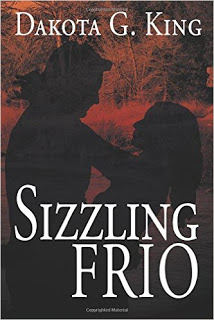 Sizzling Frio mirrors the oxymoronic relationship that develops when a coed Natalie Carroll and a college football player Josh Tyler literally meet face to face on the banks of the Frio River in the Texas Hill Country. Sparks ignite, and they embark on a tempestuous ride through spiraling small town politics, Texas nightlife and Friday Night Fever, where they find the natural destiny of their love in turmoil just like the river’s many white-water runs. Although coincidental meetings in college stoke the embers still lingering from their first encounter, Josh’s desire to play professional football thwarts their union. Caution and frustration prevail; Natalie relocates; then fate intervenes several years later when an injury ends Josh’s career and they reunite to discover the attraction between them resurfacing. Can the scorching desire they share, however, overcome the mixed signals, emotional wounds, and the conniving interference of a scorned lover?

(review request submitted by the author for an honest critique)
In the summer of 1993, Natalie and Josh both ended up spending their vacations at Frio River. A place where you can kick back and just enjoy nature, friends, and family with no electronics and no running water. Ok, the lack of running water would be a buzzkill but you still have the river to wash up in. Beggars can’t be choosers, right? 🙂
As for vacations go, the scenery is breath-taking and the story proved to have promise until Josh talked. The more he opened his mouth, the more I began to dislike him.
He blatantly admitted to using women and their families to further his career. How anyone could think this behavior is ok/justified and not hurtful to others is beyond me.  Oh, wait until you read the proposal scene. Trust me, you won’t be saying awww. Instead, you’ll be yelling, “What an asshole!”
Even after a six year gap, he hadn’t changed at all. I really hoped Dakota would’ve thrown us a curveball and paired her up with Matt — permanently.
For me, Josh’s lack of respect for a woman’s feelings  almost caused me to give this book a ZERO. The only reason why it scored a ONE was for the memories it stirred in me about my days swimming in murky water with my friends and family.
Those were great times.
Heart Rating System – 1 (lowest) and 5 (highest)
Score:❤
Purchase Links:  Print / Kindle 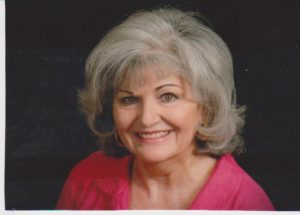 Born and raised in south Texas, Dakota G. King began writing in 1998, using the knowledge gained from a BA in English and history from Texas State University and thirty-six years of teaching in public schools in various Texas towns. However, teaching and raising a family allowed only sporadic efforts until retirement provided the time for the challenge of writing more often. Inspired by many novelists, especially Laverle Spencer, the intricate ties of various cultures in Texas and family encounters, she felt compelled to capture the experiences from her life in Sizzling Frio, her first contemporary romance novel.