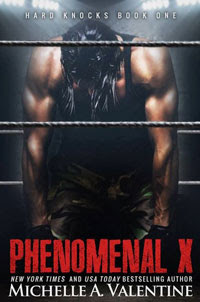 From the mean streets of Detroit rises the newest superstar of professional wrestling, Xavier Cold, better known as Phenomenal X.

His muscular physique makes men cower before him and woman lose their minds with desire.

Anna Cortez is fresh out of college and naive to the harsh realities of the real world. Tired of living under the thumb of her conservative family, she defies them when she accepts a job as the assistant to wrestling’s most notorious bad-boy. Phenomenal X has an animalistic nature that even good girl Anna finds hard to resist.

One night forced to share a bed in a sold-out hotel, lines blur between them and they quickly learn that one lustful night changes everything and neither one of them will ever be the same. 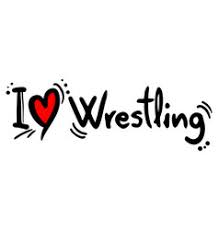 When I was a kid, I was hooked on professional wrestling. I was glued to the screen, mesmerized by the bigger than life stars and the action in the ring. When I reached my twenties, I went to a show. Even though I knew the fights were staged, I was still wrapped up in the wonder of the show.
Now in my thirties, I no long watch wrestling but I can still appreciate the dedication of everyone who constructs such elaborate storylines, builds up the characters, and the showmanship presented several days a week. It’s still awe-inspiring.
For that, I found myself drawn to Xavier. A bad boy wrestler with a huge heart…. HECK YEAH!
My only complaint with this story was…. it was just more of the same. Troubled alpha male who’s traumatic past weaves doubt in his mind that he can love anyone, if he’s even worthy of anyone’s love in return.
Then, boom – pow- whammo, he realizes he can love someone and someone can love him as well.
See, nothing new but it was still a mighty fine story.
Warning: cliffhanger ending!
Heart Rating System:
1 (lowest) and 5 (highest)
Score: ❤❤❤❤
Amazon US / Amazon UK
Book two in the HARD KNOCKS series will follow up PHENOMENAL X.
Release Date: TBD 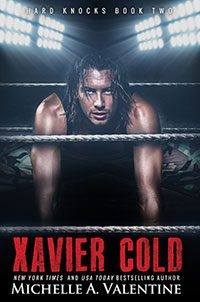 Anna Cortez mixes business and pleasure after she takes a job as the assistant to Xavier Cold, a.k.a. the wrestler Phenomenal X…follow them as their story finishes up in XAVIER COLD.

9 Responses to Phenomenal X by Michelle A. Valentine (Book Review)