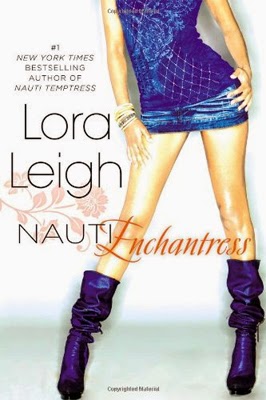 When Dawg Mackay made his four half-sisters part of his family, he vowed that he would care for and protect them with everything he had. But what happens now that the girls are all grown up? The Mackay girls are on the loose, and Somerset County will never be the same…

Lyrica Mackay has wanted tall, handsome Marine Graham Brock for as long as she can remember. Unfortunately, Graham only sees her as his friend Dawg Mackay’s “baby sister.” Or so she believes. The truth is, the fiery party girl stirs something in Graham no female ever has. But Graham, like everyone in Somerset County, knows that trouble stalks the Mackays like bears track honey, and when a Mackay runs as hot as Lyrica does, someone’s bound to get burned.

Then Graham discovers that Lyrica’s wild side is just a cover for a frightened and vulnerable woman who needs something true and genuine, something only Graham can offer. But surrendering his heart to Lyrica exposes them both to her shocking past—and a sinister secret that, once exposed, could destroy their only chance at happiness and shake the Mackay family to its core.


Action….action….and more action!
Yup, this latest installment was jammed packed full of heat. And as for the plot, it didn’t get lost or felt unfinished/rushed.
But the real kicker that makes me itch to read the next Nauti Girl’s story and NOW was the last three lines of the epilogue. Talk about a cliffhanger!
Fans of her series, I bet you’re dying to read the book now. <evil cackle>
Heart rating system – 1 (lowest) and 5 (highest)
Score: ❤❤❤❤❤
Purchase From Amazon