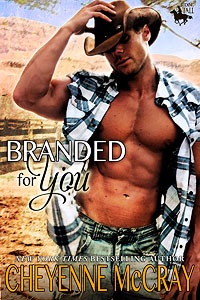 Megan Wilder doesn’t think there’s a man in this world who could love her just the way she is. After meeting sexy Ryan McBride, she suspects he might just be the one to change her mind.

With her family in danger of losing their restaurant and their home, a sudden illness has everything Megan thought was sure in her life crashing down around her. Finding out Ryan is the one responsible for threatening foreclosure shakes her very foundation.

Can Ryan and Megan succeed in overcoming their obstacles and fight for a love that was meant to be?

How could you not fall in love with Ryan’s character. He was so charming, caring, and sweet to everyone. Lets not forgot sexy and those love scenes….whoa momma!
Megan, she had the girl next door appeal which I found irresistible, just like Ryan.
These two together… electric! 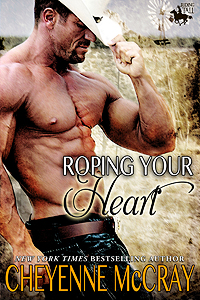 The Cat Hayden returning to her childhood home after nineteen years is a different person, and a tragic accident has left her insecure about her appearance. But her heart is still filled with memories of the love she left behind… Blake McBride.

Blake recognizes Cat with his heart, a heart that never stopped loving her. But that heart was broken when she left so long ago. Can he trust her again and rekindle that flame that burned so strong?

A champion barrel racer before the accident, Cat finds herself instructing Blake’s talented yet temperamental fourteen-year-old daughter, Demi. Demi is determined to see her divorced parents find happiness together and Cat, great coach or not, doesn’t fit in the picture.

During a bitter legal battle with his ex-wife, Blake stands to lose custody of his daughter. Cat stands by her man but can he fight for his daughter and keep the woman he loves or will shattering events tear them apart…. Permanently.

A love like Blake and Cat’s is rare. What’s even rarer is finding it again after life has pulled a couple in two different directions.
I truly believe this story will touch many reader’s hearts.
Some will relate to a “lost love”.
Many have dealt with an ex, like Blake has, who is battling or battled a drug/alcohol addiction.
Countless people have or are in the middle of a divorce with a child involved.
But this story has what we all want in life…… A HAPPY ENDING. 🙂 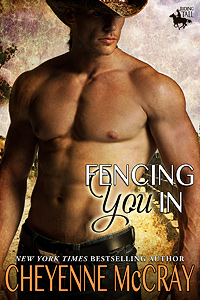 Tess Grady doesn’t do playboy cowboys and as far as she’s concerned that’s exactly what Gage McBride is. Tess wants steady, stable, and secure in a man and Gage seems to be the farthest thing from that. When women come up to a man in a bar and slap him, that’s got to be a good sign that he’s not the one for her, or a suitable male role model for her young daughter. After losing her husband in a car accident, Tess isn’t even sure she can love again.

Gage has been waiting for the right woman, and he’s sure Tess is the one. The problem is that she believes the reputation he has somehow earned after being betrayed by the one woman he ever loved. He’s not the “cowboy with a woman in every town” that Tess believes he is and he intends to prove it to her.

Tess starts to fall for the sexy cowboy when things go desperately wrong. Harvey Norton, a man from Gage’s past is seeking revenge. Not only did Gage help to put Harvey behind bars for embezzling, but Tess, the woman Harvey is attracted to, seems to be falling for Gage.

Gage’s life is in danger and soon Tess’s is, too. Gage must save Tess while at the same time trying to stay alive.

A cowboy, love scenes including one with bondage, a crazed stalker, and several sweet/tender moments…. Yes, this story was spicy and suspenseful which kept this reader hooked from page one to the final word. 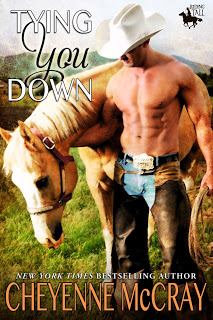 Jo Burke hasn’t had it easy in life and that includes her history with men. She’s resigned herself to the fact that she really knows how to choose ’em. Not. So when Tate McBride comes around, she doesn’t trust her instincts for a minute because those same instincts have proven faulty time and again. He can’t be nearly as great a guy as he appears to be on the surface.

Tate McBride enjoys being around the feisty redheaded but can’t quite get her to trust him. He’s not worried, though, because one way or another he’s going to win her over.
When Jo’s life is in danger, Tate comes face to face with the possibility of losing the woman he loves. He’s not about to let that happen.

Just like Jo, I had a feeling David was a no good scoundrel but I had no clue how evil the man would become. Jo lucked out and managed to evade death not once, but three times courtesy of David’s scheming ways. I’m sure it’ll be no surprise to the readers to see good overcame evil. It usually does in romance stories and that’s what we all want to see happen. 🙂