Why I Do VFX: The Untold Truths About Working in Visual Effects by Vicki Lau (Book Spotlight / Author Interview) 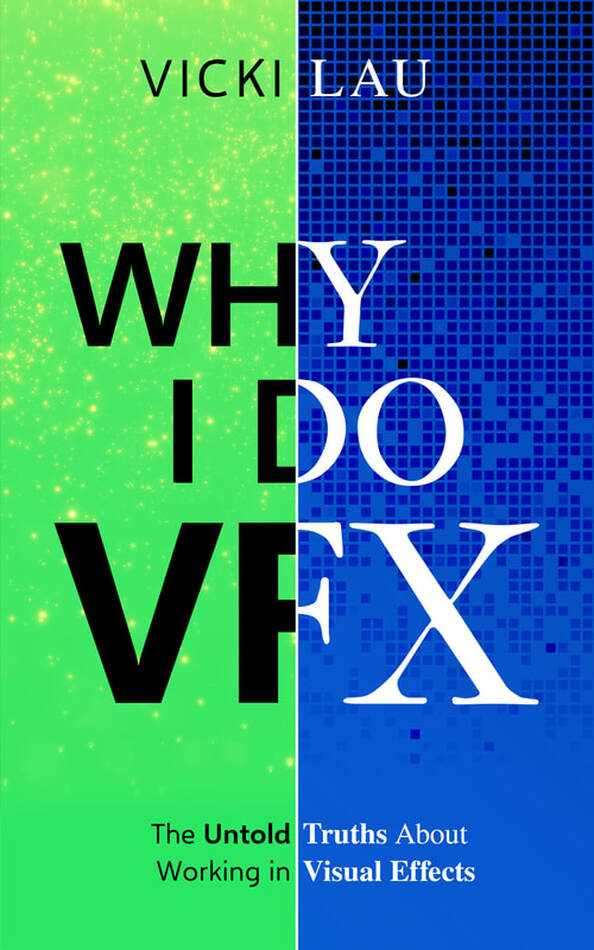 ​
From the city of Singapore to working on over twenty Hollywood blockbuster films and TV series such as “The Walking Dead,” “Guardians of the Galaxy,” “Aquaman,” and “War for the Planet of the Apes,” comes one of the first books of its kind in the visual effects (VFX) industry.

With a unique blend of self-help, career strategy, and memoir-like elements, Vicki Lau speaks to the core of what it is like to work behind-the-scenes on some of your favorite Hollywood titles, covering strategies employed in order to maneuver her way into the upper echelons of the industry.

Why I Do VFX is a must-have for anyone seriously considering a fulfilling life and career in Hollywood, film, and the arts.

After all, why spend a decade of your life uncovering the truths about this industry when you need only read this book to answer your own question:

Do you really want to do VFX? 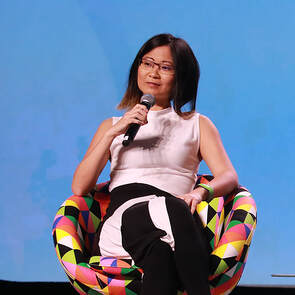 ​
Vicki Lau is a VFX artist/generalist, virtual reality (VR) developer, TEDx speaker, entrepreneur, and educator from Singapore who broke into Hollywood as an outsider. She has worked with over 20 studios and filmmakers on major productions such as AMC’s “The Walking Dead” (Season 4), “Guardians of the Galaxy,” and “Aquaman” and teaches over 80,000 students worldwide.

I did officially coin that word in the book, haha. Anyway, returnlancers are basically what one would refer to as “serial freelancers” or people who freelanced at a studio and then return to that studio again (and again) in the future for different project(s).

I’ve personally returnlanced before and this phenomenon is fairly common in VFX – where, after getting a project with Studio A, Studio A may let you go but then call you back months later for a different project. Generally, if you had maintained a good working relationship with that studio, you’ll get future work and projects from that studio – hence, becoming a returnlancer.

Since there wasn’t exactly a term that existed to describe this phenomenon (other than calling them “freelancers who return to that same studio again in the future”), I figured that returnlancers would be a fitting and descriptive term to describe VFX professionals who make a career out of frequenting studios they had worked at previously.

I generally do my workouts first before writing (just because my gym isn’t open 24 hours) and that would depend on the time I get up. Basically, my writing schedule varies depending on what time I finish my workout and/or if there are any events or meetings I have to attend first before writing. It’s purely based on convenience for the most part – i.e. I don’t believe there is a special hour or time of the day to write (it really depends on what else you have going on and any other things you need to do that has a closing time, for example).

I am probably too familiar with my writing and quirks to be able to see them as what would be considered as interesting quirks – to me, these quirks are very normal. I suppose I will say that I am very particular with my contractions in my book: if it’s meant to be “I’ll” rather than “I will” because it rolls off better (or has a more or less authoritative tone of voice), then it will be written in the form that fits the context of the sentence best.

Alternatively, I am very particular with my use of the words “always” and “never,” and if I know for a fact that there is even a slight chance that the scenario I am describing could play out differently, I would say “most/less likely” rather than “always/never,” to be very accurate in my statements.

I’ll probably wait till I have more books down to make a call on what my quirk(s) could potentially be, but there you go.

Getting pulled away from writing to do other tasks or attend meetings/events and the like, for sure. The process of writing and getting the book published isn’t as much of a challenge as it was to be called away to tend to other types of work I had to do, et cetera.

Also, waiting on platforms to complete their part of the job (for example, approving or reviewing a book/audiobook) was a challenge. I am not a fan of long wait times.

Wow, it’s been a while since I’ve read a book I genuinely wanted to read (you know, ignoring the mandatory textbooks you had to read whilst in school) – my schedule simply doesn’t allow me to spend the time to sit and read a book. I suppose then I would say that the last great book I’ve sought after and read was Friedrich Nietzsche’s Beyond Good and Evil. I believe I read that when I was 20 and it was a copy from the school library. I had even borrowed a bunch of Nietzsche’s books not for the assignment but because I’ve always wanted to read them since I was exposed to his works years prior.

I don’t actually remember – mainly because after that supposedly courageous thing was done, I just move on to the next thing. I suppose if I had to pick one that I can recall, it has got to be asking a guy I had a crush on out and then later asking to kiss him (this was back in Singapore so I was probably 18 or 19 at the time), haha. I was such a geek back then (probably still am today).