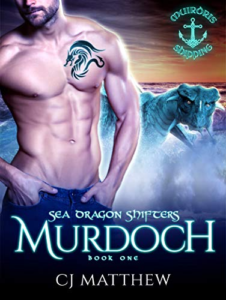 Elusive billionaire and sea dragon shifter, Murdoch Rudraige lives in the shadow of his successful twin and is tired of not being taken seriously within the Clan’s international shipping conglomerate.

Until Annalisa Bartello, an employee from California, crashes into the front gate of his seaside estate and assumes Murdoch is his twin brother. She is risking her life to bring them proof of a corporate traitor and he is lying to her.

Murdoch knows immediately that she’s his mate – but how can she love him after she learns he’s the screw-up twin and a sea dragon?

Until it’s settled, Murdoch isn’t willing to let her out of his sight. Not until he’s certain she is safe, and he has had time to figure out how to explain dragon shifters to the curvy human. 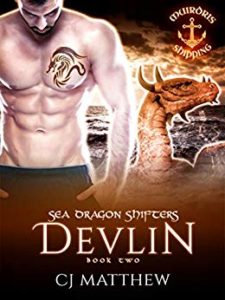 Devlin’s predictable life was about to implode… Thanks in part to a mystery woman’s New Year’s Eve kiss. And a competitor’s unprecedented appeal for help.

Sea Dragon shifter Devlin was comfortable with the routine of his Tokyo-based shipping executive job and his solo existence. Until the unexpected events of New Year’s Eve tipped his entire life on edge. Was he ready for the challenges? Was a crash course in drastic change a bad thing?

Like discovering the feisty human female is his fated mate?

And working with her, a virtual stranger, to track down a bomb toting madman?

You’ll love this book because everyone enjoys watching an odd couple become a team and work through their issues together. Sea Dragon shifter Liam Rudraige was up to his eyeballs managing Muirdris’s shipping business at the Port of Dublin, plus the Port of Cork expansion, and all the while dodging stalker salesmen.
Until the boss called…and Liam was forced to swim the fastest undersea route to the Druid’s magical island sanctuary.

Transferring to Ireland to discover she’s expected to clean up after her stalker-zilla predecessor. The aggressive jerk left a real mess. And the first executive listed on her make-amends-inventory, Liam Rudraige, has disappeared. 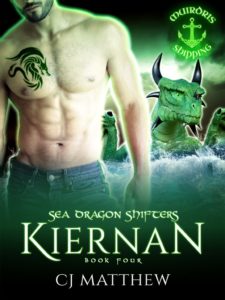 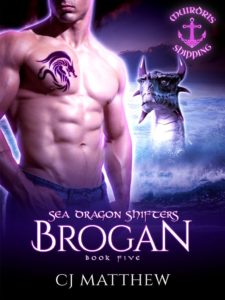 ~ CHECK OUT THESE WONDERFUL SERIES BY CJ MATTHEW! ~

The Colonel’s Daughters, A Quintet 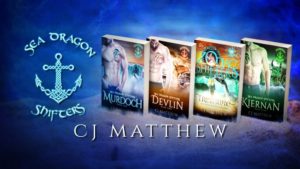 Stay connected with CJ Matthew at any of these locations…..