Gunfighter Josiah Wyland is tired of meeting his reputation in every town, of seeing his daddy’s blue eyes glaring back at him from the mirror, of knowing he’ll never be loved.

Seven years ago, he was just a boy, smitten with a girl, wishing for a life like everyone else’s. That was before he shot and killed a man, before he rode with a gang of Arizona Territory’s most indiscriminate villains, and before he ended up in Yuma Prison.

Now Josiah is a bounty hunter, trying to avoid his father’s fate, still looking for a way to prove himself a better man. He gets his chance when Sheriff Rook Kelly sends Josiah to rescue his wayward bride.

After her parents’ deaths, sheltered Aimee traded freedom for protection. Desperate to escape the husband she’s come to fear, she discovers her best and only hope is a scarred stranger with a black past, deadly aim, and merciless blue eyes.

On the run from bandits, the sheriff’s posse, and a vengeful ex-lawman, Josiah and Aimee forge a connection, on a dark night in the desert wilderness, that is jeopardized when they return to civilization—where Josiah’s reputation threatens Aimee’s, where decent folk will never allow an unscrupulous no count to be worthy of a good woman’s love.

Buy the paperback and get the Kindle version FREE with Amazon Matchbook. 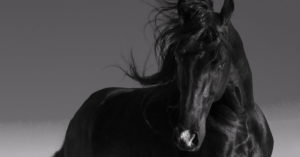 Morgan Lee Wylie, the author, didn’t skimp on the gun battles. In one scene, she had a gang of bandits riding after two men and a little lady, firing at will. In another section, she had characters facing off in a town where the good guys were outnumbered 4 to 1. In this particular standoff, it ended with dead bodies, wounded heroes, and a damsel needing rescued. Basically, everything I believe you’d find in Old West (Wild West) times. Definitely things we’ve witnessed on many a television show or movie focused on this time period.

Morgan also had a few scenes that were of the more intimate nature. Not all of them were laced with love and affection. Just like in present-day time, the Old West (Wild West) had many places and opportunities for men to quench their carnal desires. The only bedroom scene that bothered me was between Evelyn and Silas. I know she didn’t mind if he struck her in the face but I did as a reader. Swatting a butt cheek… I’m okay with that. Striking a face and drawing blood… that’s not my kink at all.

As for the romance portion of the book, Josiah and Aimee weren’t the only couple to fall in love. Actually, I’m not quite sure if they were my favorite pairing at all. There were two other couples that stole the show at times. (Omitting their names on purpose.)

As for the ending, the acronym WTF seems to sum it up perfectly. I couldn’t believe how it ended. This is not the ending I was hoping for and I think many readers will not be pleased by it as well. Morgan Lee Wylie inherited a love of books from her mom who introduced her to Nancy Drew. She grew up reading everything from comics to classics, including many Star Wars novels.

Morgan first knew she wanted to write after reading The Outsiders in the seventh grade. But it took some more growing up and some life experience before she discovered what she wanted to express with her writing.

Morgan served in the United States Air Force then used the GI Bill to get her BA in English with Writing Emphasis from Boise State University. One professor noted her penchant for writing about characters that he deemed lowlifes. Years later, Morgan self-published her debut novel, dedicating it to her heroes: the loners, losers, outcasts, and underdogs.

Morgan Lee Wylie lives in Idaho with her husband, their newborn daughter, two ornery Mustangs, and a rambunctious German Shepherd.