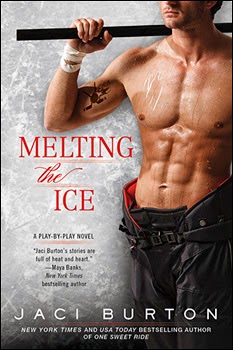 Everything’s coming together for budding fashion designer Carolina Preston. Only months away from having her own line, she could use some publicity. That’s when her brother suggests his best friend as a model—hockey player Drew Hogan.

Carolina and Drew already have a history—a hot one, back in college. Unforgettable for Carolina, but for Drew, just another slap shot. This time, though, it’s different. His perfect body would be for professional use only. This time, she could use him.

Drew is all for it. He’s looking forward to the exposure. Plus, it would give him a chance to prove to Carolina that he’s changed. If only he could thaw her emotions, convince her to let down her guard and let him in just one more time… 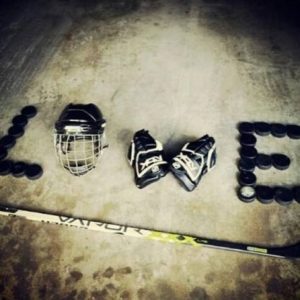 How Drew treated Carolina in college was rather… pardon my bluntness here… shitty. You don’t take a woman’s virginity and not call her the next morning. That’s just…..pathetic. And to boot, it was his best friend’s sister.
I don’t blame Carolina for being pissed at him all those years. I would be too.
Drew did have his reasons for treating her coldly. He felt something for her and, at the time, his primary focus was on the game. He had no room for a relationship. He didn’t promise her anything, but he also knew how she felt about him so I return to by previous statement above….shitty move there Drew.
Now let’s skip to the future….
Through the need for high profile sport’s figures for her upcoming fashion show, Drew and Carolina are once again found in close quarters – alone. Drew has grown up, apologized several times for how he treated her, and wants to try again. Of course, Carolina is reluctant BUT chemistry is chemistry and she never did get over Drew. He never did get over her.
Folks, let me tell you, their chemistry was off the charts. Oral sex on the ice, locker room, her studio….. and many more places.
I’m sure after reading this book, you’ll be adding a few more places to your “sex bucket list”. I sure did. 🙂
Heart rating system:
1 (lowest) and 5 (highest)
Score: ❤❤❤❤❤
Kindle from Amazon
Amazon – (print edition)
Amazon.co.uk (print)
Amazon.co.uk (kindle)