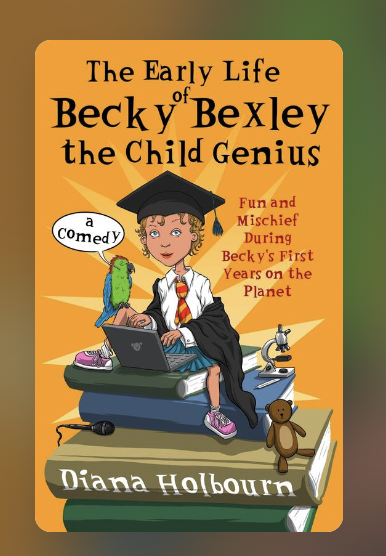 It can be frustrating being a child genius. Grown-ups are always telling kids what to do and what to think – but it’s harder with Becky Bexley! Unbelievable things happen in this funny story! She can talk from the moment she’s born! Her mum thinks she’s going crazy when she hears her! And Becky has soooo many questions – for the doctor, the priest and her poor mum! And she has one or two suggestions as well… but will they listen?

The Early Life of Becky Bexley the Child Genius is a fun and comical story about what it’s like to be a kid in a grown-up world, and why children’s voices should always be heard. 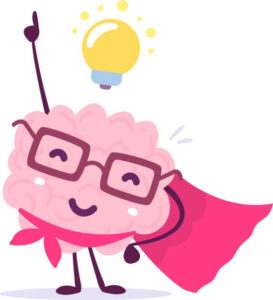 Imagine if you heard your newborn speak on day one. Imagine if they said more than one word but a string of words. You’d be flabbergasted. Doctors and nurses would be baffled by this medical miracle. Jaws would be hitting the floor, and minds would be blown!

Becky Bexley came into this world, and mere seconds later, she spoke complete, coherent sentences. Becky was a humourous newborn. “That’s better. But what’s this ‘milk’ stuff I’ve heard you raving about, saying you’ll give me some? Let’s try it” (Becky 2). Becky amused me when she complained about only being served milk. Her mom explained why she couldn’t eat like her yet. Becky’s workaround was hilarious. “Tell you what: Eat foods with very strong flavours, and then maybe the flavours will come out in your milk; it’ll still be milk, but it’ll be a bit more similar to the foods you’re eating” (7-8). Becky’s ingenious idea worked!

With newfound success with her milky experiment, Becky had another weird but kind of brilliant idea. She wanted her mom her label her what’s today’s flavor. So weird but so comical!

Medical professionals, educators, and those not in either field were in disbelief the baby was talking. The comedic scenes were overflowing and had me laughing non-stop. The dialogue coming from Becky was hilarious.

Becky was not like your typical baby. She talked way, way early. Read early. She started school when most babies were still nursing. When most children learned to speak, she corrected other people’s speech. She could play the piano without a professional lesson. At ten, she was ready to attend a university. Becky reminded me of Sheldon from the hit tv show Young Sheldon.

As an American, I wasn’t familiar with “A-levels.” Wikipedia informed me, “The A Level (Advanced Level) is a subject-based qualification conferred as part of the General Certificate of Education, as well as a school leaving qualification offered by the educational bodies in the United Kingdom and the educational authorities of British Crown dependencies to students completing secondary or pre-university education.[1] They were introduced in England and Wales in 1951 to replace the Higher School Certificate.” I don’t think most children will encounter any other UK jargon that might be foreign to them.

There weren’t many images in the story, but the ones added were perfect and captured key moments in the story perfectly. The 1/2 donkey and 1/2 elephant image was very creative. The look on the hybrid animal amused me.

The Early Life of Becky Bexley the Child Genius is a chapter book best suited for upper elementary grades and middle-school students. It’s a comedic story that I think children would love to see animated for television.

Diana Holbourn: I’ve written books as a hobby for several years, but am only now getting them self-published. The first one’s just a bit of fun that I started after a niece of mine asked if I’d write something on a blog she had, and I had the idea of writing a funny story that made believe she was a child genius.