Below the Belt by Jeanette Murray (Book Review) 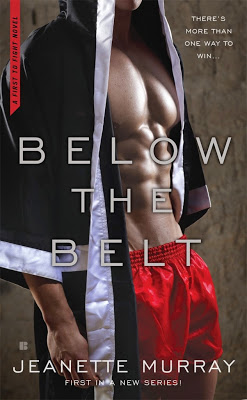 Athletic trainer Marianne Cook is ready to do whatever it takes to turn the men of the Marine Corps boxing team into fighting machines. After all, her ultimate goal is to land a job training professional athletes. But when she notices a certain hard-bodied marine trying to hide an injury, Marianne realizes that she’ll have to use covert tactics to get him talking.
.
First Lieutenant Brad Costa has waited years for the chance to fight for a spot on the Marine Corps boxing team, knowing he has to push twice as hard to get half as far as his younger counterparts. Brad tries to downplay his injuries to the attractive trainer who has his dreams in her hands, but Marianne isn’t buying it. Maybe it’s time to deploy some targeted flattery.
.
As Brad and Marianne’s attraction turns red-hot, there’s more than one person having a hard time keeping their eyes on the prize… 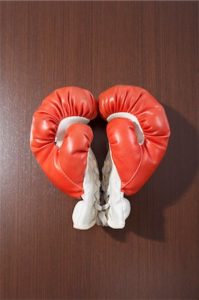 Is it wrong/bad that I found more enjoyment from the bromances/camaraderie formed during the Marine boxing try-outs than I did the relationship between Cook and Costa?
The soldiers were sarcastic, hilarious, dedicated……
It was a glimpse into the world of our military men and I thoroughly enjoyed it – especially the pamphlet wonderland the men created.
Cute, sweet, funny, and romantic.
With that being said, I  did lower the score because I didn’t feel as connected to Brad and Marianne as much as I did the fellas (soldiers).
I’m sure JM wanted to show the teamwork of the men, but more importantly, her goal was for her readers to feel/see the chemistry between the two main stars. Since I didn’t, it lost a couple hearts. Sorry, JM.
On a final note……. HAWT COVER!!!!
Heart Rating System:
1 (lowest) and 5 (highest)
Score: ❤❤❤
Amazon – Print | Amazon Kindle