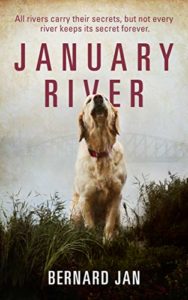 Five friends. One dog. One river carrying a secret.

When one of their friends goes missing, everything comes crashing down for the small group of childhood friends in the small town of Greenfield. Ethan takes it hard. Then he loses his dog, his only consolation.

Hoping to start anew, Ethan leaves Greenfield and moves to New York City. Far from the ghosts of his childhood and the river that gives and takes life. There he finds his one true love and builds a career as a bestselling author.

But how long will Ethan’s happiness last as doubts creep back into him and shatter his reality? And will his reconciliation with the past come at too great a price?

All rivers carry their secrets, but not every river keeps its secret forever. 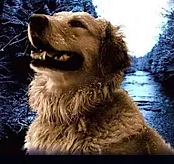 Ethan McCoy lay in the grass, stretched out to his full length. He flung his head back and unbuttoned his shirt, exposing his neck and the pale skin of his chest to the sun. His rolled-up sleeves were already drenched in sweat. Perspiration ran off his forehead, dripping onto the jacket folded under his head in a faux pillow.

Ethan removed the light-sensitive glasses from his nose and wiped the sweat off with a handkerchief. Inhaling deeply, he stared at the sun through unprotected eyes. The scent of Greenfield invaded his nostrils, conquering his throat, lungs, and heart. Inside him the memories were waking up, ignited by familiar feelings from the past.

In the strong light he felt a pain in his eyes, forcing him to close them. So that he might suffer too, he didn’t move to escape into the protective shadows. Determined to stay exposed to heat that reached him from the vast distance with such strength, he willed the sun to cause him pain. Wanted it to numb his senses and make him oblivious to any and all experiences—both pleasant and unpleasant. Most of all, he wanted to let go of the internal pain that refused to leave him alone after all these years.

He wished one pain could soothe another. The physical could annul the emotional. Even as he thought it, he knew it was in vain. He also accepted there was no cure for that pain. At best, it might be blunted some day and become just a painful reminder of his past.

But it would never disappear.

Because if it did, Greenfield would no longer exist. The artificially created grove beside the river in which he now rested, would vanish too. The same for Willy, then Jason, Derrick, and Sarah. Riv and . . . Susan. Could they evaporate, all of them? Did he have the right to ask that?

Or, what if it were possible for all of them to remain in their reality where they belonged? While he—Ethan—disappeared? Both could be possible only by some supernatural phenomenon. Something that could never happen.

Eventually moving into the shadows, he took off his shirt, shoes and socks and continued with his fantasy. Recalling. Or gathering up the strength and determination to do what he intended. Well, that’s what he planned on saying if someone asked him why he was there. So far, nobody had. Nobody knew. He arrived less than an hour ago. He hadn’t gone to the town, but had come straight to the river. To the place where everything had begun. Therefore, it only seemed fitting that it be where the beginning of the end transpired. The place where he would insert a period at the end of a life story. If he got lucky, he’d tear out a blank page and start anew. No memories. No past.

Without the bad memories, he could live in peace.

However, if he were honest with himself, that would be equally impossible to achieve. 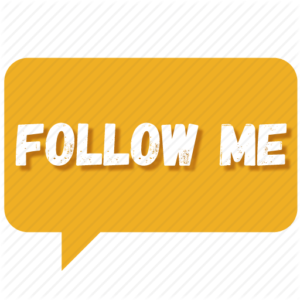 Find me also on AllAuthor, AUTHORSdb and booklife.