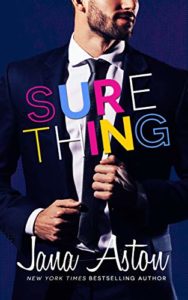 Have you ever set out to have a one night stand with a sexy stranger?
No? I’m the only one?
Just kidding, I would never.
Ever.
Not usually.

But then I figured, why not? My entire life I’ve been good and it’s gotten me nowhere.
No job.
No apartment.
No boyfriend.

I’m owed a little fun, aren’t I? A reward for being good.
Sure, a new pair of shoes would be more appropriate, but Mr. Sexy Stranger is more appealing. And when he speaks—in that British accent—it’s a done deal. Every American woman has a hot British guy fantasy. Well, most do. I haven’t taken a poll or anything, but I’m pretty sure it’s a fact.

Except…
You know that saying about best-laid plans?
Good, because I don’t either, but I assume they go awry.
Like my one night stand… 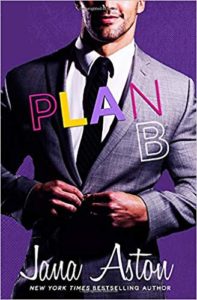 Mistakes were made, okay?

The moment I laid eyes on Kyle Kingston I knew he was a mistake. A satisfying, toe curling, hair pulling, best night of my life mistake, but a mistake all the same. I didn’t yet know his name, or who he was, but I knew he was a bad idea.

I take comfort in that, because it means my instincts are still good. Too late, but it’s something.

… and did I mention my baby daddy is both heir to a retail empire and impossible to get ahold of?

I do what any girl would. I break into his Grandfather’s retirement gala by telling the prissy gatekeeper Kyle’s my fiancé. It was a halfway decent plan at the time, trust me.

But it blows up in my face, disastrously so. You see, Kyle Kingston is all about representing the family values his family’s retail empire was founded on. At least in public. In private- well I’ll tell you about that later.

He proposes – a marriage of convenience.

Convenient for everyone but me, because while I’m falling in love with my convenient husband, he’s keeping a billion-dollar secret. From me. 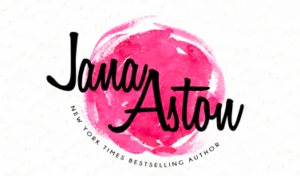 Jana Aston likes cats, big coffee cups and books about billionaires who deflower virgins. She wrote her debut novel while fielding customer service calls about electrical bills, and she’s ever grateful for the fictional gynecologist in Wrong that readers embraced so much she was able to make working in her pajamas a reality. Jana’s novels have appeared on the NYT, USA Today and Wall Street Journal bestseller lists, some multiple times. She likes multiples.