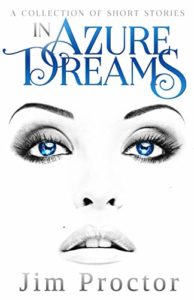 Delve into six stories from the paranormal realm…

Caveat Emptor (story one): Mark buys a house for half the market value. He’s thrilled with the deal, but he has no idea he’s about to discover the full cost. As they say, “Let the buyer beware.”

The Meaning of Life (story two):  Eric obsesses over discovering the meaning of life. Given how thick-headed and self-absorbed he is, it will take someone else to spell it out for him in big, bold letters.

In the Sand Beneath the Dawn (story three):  Carly has just about given up on life, but she’ll learn Fate isn’t finished with her, and is shuffling the cards to deal her new hand.

See You in My Dreams (story four):  Arthur teeters between two places at once. Reality has split his existence into two parallel realities, and he doesn’t even know it. Unfortunately, life will only offer one solution to his problem.

Planet 94 (story five): Senja and Petre make the scientific discovery of a lifetime—a planet teeming with life. Among the ruins of a lost civilization, a new discovery will make them rethink everything they know about their own history.

The Gift that Keeps on Giving (story six):  Samantha works hard and makes just enough money to get by with little to spare. When her company has a big celebration and she needs to buy a gift for her boss, she’ll get a taste of buyer’s remorse when she ignores her instincts and buys a gift from a strange little shop that hadn’t been there only yesterday.

What you can’t see can hurt you. 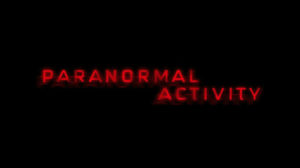 ~~ Excerpt from Caveat Emptor, story one ~~

The alarm clock blared. Sunlight filtering through the window shades cast a sickly grey hue about the room. Three open moving boxes sat on the floor near the closet, their contents sorted into piles waiting to be moved to their appropriate places. Mark had moved in just four days ago.

The divorce had been bitter. His ex-wife got the house, the kids, and half of everything else. He got to pay the mortgage, alimony, and child support. He never would have been able to afford this place if it hadn’t been for the circumstances. Three previous owners, all young men, had died in this very bedroom. All had died in their sleep of unknown causes within days of moving in. Mark had laughed at the idea that the house was to blame. The first time he walked in, it had felt so welcoming, drawing him in. When he made a ridiculously low offer for the place, he’d been shocked when the bank accepted it without counter. Now, he lay motionless on the bed, beads of sweat glistening on his ashen face. Mark was dead. Number four. He wasn’t laughing any longer.

Jim Proctor has been an avid reader of science fiction and fantasy since high school, bitten by the Sci-Fi bug while reading Frank Herbert’s Dune. He has worked as an engineer and laboratory scientist for almost forty years, and uses his expertise to create believable frameworks for his science fiction stories. He is married with four kids, all adults now, who remind him he was born before dirt was invented. He enjoys sitting down with his laptop and his new writing partner, Bailey, a two-year-old yellow Labrador.

2 Responses to In Azure Dreams by Jim Proctor (Book Showcase)