Book one of the Gaelan Kelly Trilogy 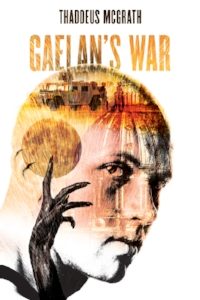 WHEN GAELAN KELLY RETURNS FROM WAR, physically and emotionally scarred, he tries to piece a normal life back together. But the horrors of war couldn’t prepare him for the terror he discovers, thrust into a world he never knew existed. Dealing with the trauma of combat and plagued by nightmares of a monster that shouldn’t exist, Gaelan finds himself embroiled in a battle to protect humanity even as he struggles to preserve his own.

He fought a war of men. Now he fights a war for mankind. But Gaelan’s greatest war will be within. 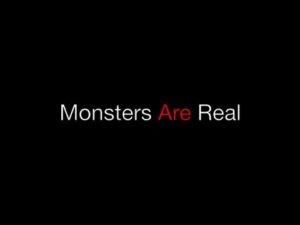 Hunters love the thrill of the chase but what if the hunter suddenly becomes the hunted. In the introduction, a deer hunter finds himself in this very predicament. He suddenly understands the fear animals face in the wild and the pain of dying that follows. As I read the gory scene in “Hunting Grounds,” I knew this book was going to be highly descriptive in future encounters with various monsters. As a reader, I love when an author holds nothing back. In Gaelan’s War, Thaddeus McGrath pulled no punches in delivering many gruesome, finely detailed battle scenes.

Gaelan, a Marine, faced many horrors on the battlefield and more when he retuned home. In the Middle East, he watched many comrades die in battle. At home, he witnessed his parents savagely killed by a beast. At the time, he had no idea it was a werewolf or that he was about to become one. With the assistance of Father Denny and Master Oonishi, he had a second chance at life. Instead of dying, he trained to control his beast and fight the monsters feasting on mortals.

Every battle scene was exceptionally written. Gaelan’s most memorable supernatural fight scenes involved him battling a vampire, cobalus, and a pack of wolves.

Gaelan was no ordinary werewolf. He wasn’t a complete monster. He can do something extraordinary…. He can control the beast instead of the beast controlling him.

No one can truly understand why and how Gaelan is different than other werewolves. Maybe he carried over some of the traits he had as a mortal man: strength, honor, loyalty, and compassion. He was a respected soldier; a man his fellow soldiers could rely on during battle. As a werewolf, nothing’s changed. He’s still a fierce warrior.

I recommend anyone who loves supernatural/horror stories to read Gaelan’s War. 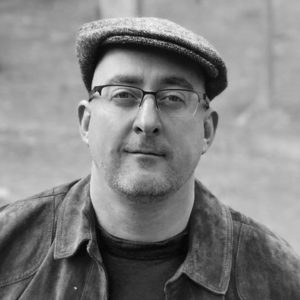 Thaddeus McGrath is a former U.S. Marine Corps fighter/attack pilot, a veteran of the War on Terror and a graduate of the United States Naval Academy.  He has loved writing since he was a boy. His debut novel, Gaelan’s War, was inspired by a desire to continue the discussion about PTSD, and a love of all things supernatural.  In his world, werewolves aren’t big dogs and vampires definitely don’t sparkle! He lives in Northern Virginia with his wife, kids, and oversized dogs.

One Response to Gaelan’s War by Thaddeus McGrath (Book Review)