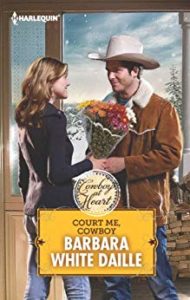 The End…or Just the Beginning?

Gabe Miller’s marriage ended so fast it had hardly begun. Which is why he couldn’t quite believe his luck—or his “ex”—when she returned a few months later with the news that legally they were still husband and wife. And that the child she was carrying was his son.

Gabe feared Marissa would bolt again, making a custody battle his only option—unless he could turn back the clock and woo her the way he should have during their whirlwind romance. But even with his boy’s future at stake, mending fences with a woman—especially the one he loved—wasn’t something the strong, silent type found easy to do…. 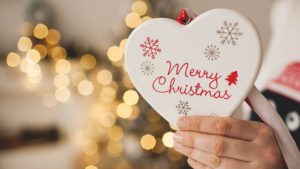 One day soon, he’d get rid of this wedding ring.

Scowling, he shoved the band into the velvet-lined jeweler’s box and slid it back beneath the stack of flannel shirts in the dresser drawer. Call him a dumb cowboy, but it’d taken his own wife’s desertion to finally get the message rammed into his thick skull:

He turned. Warren stood in the bedroom doorway, his whiskered face scrunched into a frown.

“Shake a leg. The boys’ll be raring to eat any minute now.”

“Right.” He hustled along the hall in his elderly ranch hand’s wake. Their two pairs of boots sounded loud on the bare wooden stairs. He glared at the older man’s back, then felt immediate guilt. Warren hadn’t caused his ugly mood.

He followed him into the kitchen.

“We gotta get us a cook, boss. It’s been months since Joe and Mary went back east.” Warren flipped a switch, powering up the coffeemaker Gabe had gotten ready the night before. “Lord knows, a rancher’s got enough to keep him moving, sunup to sundown. And you’re kept busier than most, considerin’ the size of your spread, and managing it yourself ‘n all.”

“We’re doing just fine, Warren.” He kept his tone neutral, knowing how much the older man hated that he couldn’t pull his weight with the younger hands any more.

“Okay, so the pancakes didn’t work out too well.”

That earned him a chuckle.

Gabe grabbed the egg carton and a pack of pork links from the refrigerator. Sure, this’d been the last thing he’d needed–undertaking kitchen duties once his ranch cook and her husband had moved on. And Gabe did have more to handle than most of the local ranchers. Something Marissa hadn’t understood.

He rubbed the back of his neck and tried to swallow a growl. Tried to stop thinking of Marissa.

Lost cause, that idea. He brooded on it, anyway. Why in heck did he wake up this morning–alone in his big bed–with the feeling today would turn out worse than the usual? He couldn’t manage to push the feeling of gloom from his mind, the way he’d shoved the wedding ring back under his flannel shirts. The ring he should have tossed out, just the way she’d tossed him aside and walked out, months ago.

That, right there, was the problem.

Jared and Hank and the rest of the cowhands trooped into the kitchen. Their usual whooping and hollering drowned out the sizzle of eggs and sausages.

“Hey, boys, hold it down a bit,” Warren grumbled. “Don’t know where you get your energy this early in the morning.”

Gabe grimaced, knowing his own bad mood had caused the complaints. He was used to rowdy cowboys before the sun was even up–he’d breakfasted with ranch hands all his life. But he remembered those days–those way too few days–when he’d skipped the chow-downs out at the bunkhouse and spent every last early-morning moment he could bedded down with his wife.

The rest of the men guffawed.

“All right, so I’m not much of a cook.” Marissa was. He shook the thought away. “Better knock it off, or y’all will be taking turns at the stove yourselves.”

Silence fell heavier than a bale dropped from the hayloft. His back still turned to his men, he reached for the egg carton again and grinned. Shut them up, all right.

In the calm, he heard the noise of a car’s engine outside. Awfully early for visitors.

Warren pushed up the blind over the kitchen sink and squinted through the window. “Seems like you got company, boss.” The old cowboy’s voice had gone rusty.

Gabe stepped to his side. “Must be Doc, right? Nobody else’d–”

What he saw through the window shut him up, too. The light over the back porch stabbing through pre-dawn darkness. The white Mustang purring in the drive. And the woman sitting behind the wheel.

He must not have woken up yet after all, must have dreamed Warren’s call and his trip to the kitchen. Because, Lord only knew, he was dreaming now. Blinking didn’t help. The picture didn’t go away. He closed his eyes for a long moment and opened them again. Nope, she was still there.

He stumbled back a pace.

“Easy, now.” Warren might’ve been talking to a skittish colt. He pulled the forgotten carton of eggs from Gabe’s hands. “Got it under control here, boss. I guess you got some business needs taking care of.”

“Yeah, right.” He looked through the window again, gritted his teeth and set his jaw.

He had something to take care of, all right.

Throwing his ex-wife off his land. 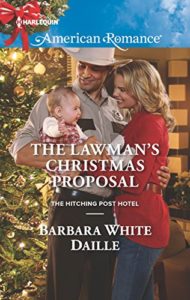 A husband for Christmas?

Mitch Weston’s back in Cowboy Creek, and self-proclaimed matchmaker Jed Garland has his single granddaughter Andi on his mind. Mitch is a lawman, good with the little ones and easy on the eyes. He and Andi were high school sweethearts, for heaven’s sake! Why can’t they see they’re perfect for each other?

Because Andi already lost one husband to a dangerous job, and now she’s all about playing it safe, for her sake and her children’s. Being a cop is everything to Mitch. After discovering Jed’s plan, Mitch and Andi come up with their own: they’ll pretend to get engaged and then break up due to irreconcilable differences. Jed’s got his work cut out for him—because this match needs a Christmas miracle! 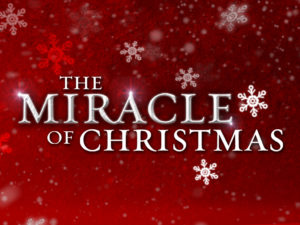 As Mitch strode through the doorway, Andi crossed her arms, rested her hips against the table, and gave in to the pleasure of seeing him. In tight black T-shirt, jeans and black biker boots, he looked taller and tougher and sexier than ever before. That T-shirt and his black hair made his eyes startling blue.

“Jed and Paz told me I would find you here.”

She frowned. “Is everything okay? Do they need me to take Missy off their hands?”

“No, they’re feeding her Paz’s Christmas cookies, and they said that’s keeping her out of trouble. They also said your kids won’t ever want to go home.”

Just what Jed was hoping for, she knew.

“What can I do for you?” she asked. When he grinned, she crossed her arms more tightly. “I’m very busy.”

“That’s why I’m here. Jed figured he’d keep me out of trouble by giving me a job.”

She stood straighter. “I don’t need a helper, thank you.”

She turned away and rummaged through a carton of ornaments. “Nothing. I’ve got everything under control.” The words made her think again of her reaction to his kiss. Of her loss of control.

“Andi, walking away yesterday didn’t make me go away. Pretending to be busy here doesn’t mean I’ll disappear. Why don’t you tell me what’s bothering you?”

She shot a look over her shoulder and found him smiling down at her. He was so close, she could have taken a step back and found herself in his arms.

I’m Barbara, and I write small-town romance that usually includes quirky characters and a touch of humor.

Have fun looking around the site and my blog, “The Daille-y News.” And consider signing up for my newsletter, where you’ll get insider info on my writing life, sneak previews, and access to subscriber-only book giveaways.