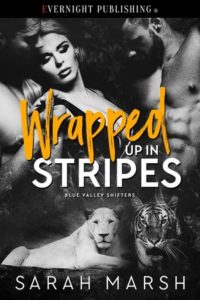 **This is a previously published work. It has been revised and edited for Evernight Publishing.**

As the daughter of the Blue Valley lion pride’s alpha, Heidi should have the pick of the litter when it comes to dating, but her brothers think differently. Surprised with a trip on a very exclusive cruise, she’s excited to explore her fantasies. Bondage? Submission? Ménage? … yes, please! If this is her chance to experience everything she’s ever fantasized about, then Heidi is going to go for broke.

Who has time for pleasure? There’s far too much work to do. Wild Desires cruise line is having issues, and Mason and Wade plan to get to the bottom of it. They didn’t anticipate finding a lioness that has their inner beasts utterly fascinated. Neither of them seems to be able to resist the temptation sweet little Heidi presents.

Why fight fate when it presents them with such a tasty treat? Good thing they’ve always preferred to share. 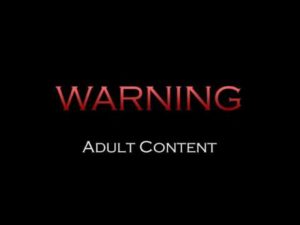 “Wade!” she laughed as he bumped into the couch because he was too busy nibbling at her neck, “you’d better not drop me.”

“Ah, baby,” he gently placed her down on her feet once again, this time in front of a very large bed, “you know I’d gladly kiss any bumps or bruises better.”

“In fact,” Mason’s low, sexy baritone sent shivers down her spine. He had turned on a few small lamps, giving the room a low glow before he approached her. “Maybe we’d better check you over anyway, just to make certain you’re all right?”

Heidi’s heart was pounding now, her entire body aching for their touch. She stepped out of her shoes, kicking them to the side. The thin panties she’d worn tonight were already soaked through with desire, and glancing down at the dress pants both men wore didn’t help that situation at all. She could see the impressive outline of their hard flesh along their legs, and she longed to feel that firmness inside her.

“Hmm, yes, maybe you should check for yourself, then?” She smiled and turned around slowly, presenting them with her back and the strings that would untie her dress. Heidi had been fantasizing all through dinner whenever their fingers had played with that bow.

Wade groaned as he stepped closer and traced the criss-cross pattern of the strings along her back until he finally rested his hand at the top of her ass, the heat of it making her bite her lip to stifle her own reaction to his touch.

“Baby, since I first saw the back of this dress all I could think about was pulling on this little red bow,” he whispered, placing soft kisses on her bare shoulders.

“Every time one of you touched my back tonight, I imagined what it would be like if you had pulled on those strings right there at the table.” She closed her eyes and shared the forbidden place her fantasy had taken her.

“Oh? And then what would have happened?” Mason urged her on as his fingers ran a light path along her collarbone and then followed the edge of the neckline down, taking her breath away.

Just then, she felt the small tug at her dress that could only mean that Wade’s fingers were pulling on that bow, and when the pressure finally gave way, she could feel the strings along her neck move just a fraction.

“The dress would have slowly lowered,” she kept her eyes closed, imagining they were still in a restaurant full of people, “until it had pooled at my waist, revealing my bare breasts for you.”

Heidi felt the silky material of the dress move along her skin until it stopped at her waist, the cool air in the room causing her nipples to pebble. She still didn’t open her eyes as she heard the low purrs coming from her mates as she was bared to them.

“And then?” Wade’s voice was barely recognizable, thick with desire.

Heidi was almost panting at this point. She had never been this excited or turned on before, it was almost painful how much she wanted them, how her body longed to be joined to theirs. She supposed Mother Nature really didn’t pull any punches when it came to mating—it was glorious in its ferocity.

“Then you would put your mouth on me,” she whispered back, only seconds before she felt the tip of a warm tongue run a circle around her turgid nipple.

She slowly opened her eyes to see the inky darkness of Mason’s black hair in front of her as he finally closed his lips fully over her breast, his tongue playing with the sensitive flesh, making her moan out his name.

“We like that little fantasy of yours a great deal, baby, but I think we’re at our limit for restraint tonight,” Wade growled out the words and then released the strings holding up the rest of her dress, letting the silky red material float to the floor, leaving her in only her panties.

Mason drew hard on her breast before he let it go and moved his hands up to trace over the wet skin his mouth had left behind. “And we will be revisiting that fantasy, make no mistake, love. But look at you—I think you’re the most beautiful thing I’ve ever seen.”

Both men took a small step back, simply admiring her in a way no one ever had before. The heat in their eyes made her feel more beautiful than she had ever felt under a man’s gaze. It felt so natural to be with them like this, and her own beast preened inside of her. Heidi slowly brought her hands to the waist of her panties and ran a teasing finger along the inside of the lace.

“I think you both have way too many clothes on,” her eyes moved to where Wade was absently stroking his fingers along his covered cock as he watched her, “so I’m just going to take a time-out while you remedy that.”

Heidi first peeled down her panties, letting them drop to the floor beside her dress, and the tortured groans from both men as she slowly crawled onto the bed and up toward the headboard was exactly the reward she’d been hoping for.

Then she settled herself with her back resting against the headboard, looking forward to seeing her mates for the first time in all their naked glory. They certainly didn’t disappoint—both had intense expressions on their faces as they rid themselves of their ties and button-down shirts. Both strong bodies were darkly tanned and thickly muscled, although Wade’s physique was slightly bulkier than Mason’s refined lines. Their shoes and socks went second as their hands moved to their belts and Heidi suddenly had the urge to giggle as she felt like a kid on Christmas morning about to receive the best presents ever. When their zippers went down and revealed that both men were bare under those expensive slacks, it was her turn to groan, the lioness inside her wanting to taste her mates. She could see the thick roots of their cocks, and when they finally dropped those pants to the floor, her instincts found her crawling back towards them.

“That look on your face, love,” Mason’s voice was low and intense. “If you keep looking at us like you want to eat us up, I may end up embarrassing myself here.”

She watched his hand move down to stroke his thick cock, which was standing at attention. A small bead of moisture collected at the swollen head, and he groaned when she licked her lips, wondering what his flavor would be like. The drive to attack them both until they’d spent themselves inside her was overwhelming in its intensity. She needed them now, and there was simply no time for slow loving—her beast would not be swayed.

“I need to taste you both.” 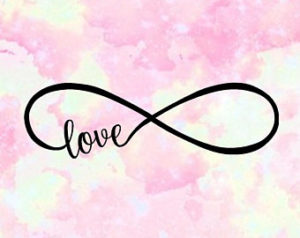 (review request submitted by the author for an honest critique)
Ok, I have been on a cruise before and mine was nothing like the one Heidi, Mason, and Wade took. The Wide Side ship definitely lived up to its name. Only shifters were allowed where anything, and I mean anything, could and would happen. Fetish areas, BDSM, and nudity were a common denominator on every part of the ship.
Through a friend, Heidi became a sensual volunteer to wealthy shifters but she was the one getting the special hands-on treatment. Case in point: Heidi got a sensual massage by two sexy men?! Mason was right… four hands are better than two.  😉
Seriously, this novella was one HOT READ and a must-have for anyone who loves shifters, erotica, and/or ménage. 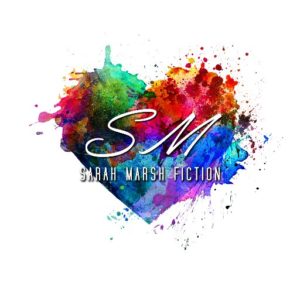 Sarah Marsh was born in British Columbia, she has only recently began her writing career finding it the perfect outlet for taking the edge off a nine to five office job. She’s been a science fiction and romance junkie for years and when her imagination started to take the characters she’d read about even further in their adventures she decided to try writing something of her own.