The Sea Was A Fair Master by Calvin Demmer (Book Review)

The world’s fate lies with a comatose young girl; an android wants to remember a human she once knew under Martian skies; men at sea learn that the ocean is a realm far different from land, where an unforgiving god rules; a school security guard discovers extreme English class; and a man understands what the behemoth beneath the sea commands of him.
The Sea Was a Fair Master is a collection of 23 stories, riding the currents of fantasy, science fiction, crime, and horror. There are tales of murder, death, loss, revenge, greed, and hate. There are also tales of hope, survival, and love.
For the sea was a fair master. 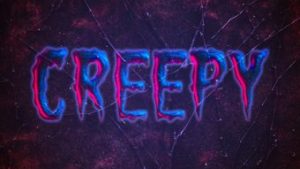 (From The Sea Was a Fair Master collection)

For months, the nightmares of battling the sea would find him in the small hours. Fighting wave after wave, he struggled to keep afloat as the undertow pulled him away from land. In the deep ocean, he’d surrender and beneath the water, he went.

His lungs would flood.

Instead, he’d drift in currents as tranquil as clouds. A large shape would move in the distance. He could never see it clearly, but on occasion he heard the voice.

It didn’t really speak. It was more of a call and was unlike anything Grover Jenkins had heard. It boomed, and not even the ocean currents could stifle its magnificent force, which would send Grover reeling backward. It was so powerful that his vision distorted and his brain rattled so hard within his skull that he feared internal hemorrhaging. He was thankful that this behemoth only bellowed three words every time, for another word more and Grover feared either his head would explode or the bones in his body would shatter.

Grover didn’t understand what it wanted from him from by way of the three random words, until one night at work they revealed themselves…

Add it to Goodreads

When I was reading the various stories in this collection, two words kept popping into my head regarding many characters — CREEPY and PSYCHO!

Calvin Demmer let the craziness and horrific tales unfold in various places by a few unlikely whackjobs. Man, woman, child….. Calvin didn’t limit one specific gender or age bracket to the title of crazed. Calvin’s evildoers were also not always of this world.

He tapped into our fears. He tapped into the unknown. He showed us evil lurks all around us and sometimes right before our very eyes.

A few of my top scoring short tales:

1.) “The Revenge of the Myth”: You’ll never look at Santa’s little helpers the same way again.

2.) “Voodoo Child”: Many people believe in the power of voodoo dolls, so I think this short tale will be a favorite of many readers.

3.) “Letting the Dead Grow”: Move over Jason and Mike Myers, Rowan has hit the Halloween spook scene and he creeped me out more than you two.. combined.

4.) “Hangman”: I’m a parent and fear of violence at school is always on my mind. However, with Calvin centering the disturbing tale around a childhood game, I found myself drawn in. When your life is on the line, you’ll play harder. Then again, when you are dealing with people with mental issues, sometimes playing your best isn’t good enough.

Calvin’s imagination took me to places where I didn’t want to go, kind of wished I didn’t go, but also impressed me on how well he constructed these dark and horrific tales. Good job on freaking me the hell out and for ruining Christmas for me. 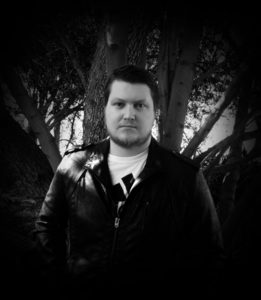 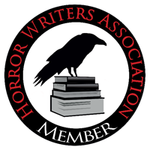 Calvin Demmer is a dark fiction author. His debut collection, The Sea Was a Fair Master, was released in June 2018. When not writing, he is intrigued by that which goes bump in the night and the sciences of our universe. You can find him online at www.calvindemmer.com or follow him on Twitter @CalvinDemmer.