0.5 Deadlines & Dryads
“Once in a Lifetime Question” (VIP newsletter only)
1. Leads & Lynxes (forthcoming)

Dryads are a reclusive, passive species—or they used to be. Overnight, the peaceful woodland creatures have turned violent, attacking travelers with crude weapons and whipping the trees of their grove into a ferocious frenzy.

When rumors of the dryads’ bizarre behavior reaches journalist Kylie Grayson, she pounces on the story, determined to unearth the reason behind the dryads’ hostile transformation. Accompanied by Quinn, her young gargoyle friend, Kylie plunges into the heart of the malevolent grove. But nothing she’s learned prepares her for the terrifying conflict she uncovers…

**This prequel does NOT end on a cliffhanger** 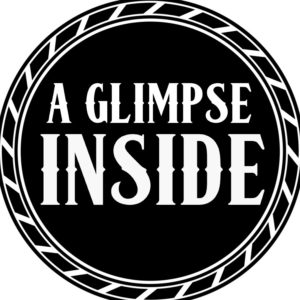 I hadn’t made it halfway down the block when I spotted my rumor scout barreling down on me. The snarl of elemental energy whipped through the air, tight bands of air and fire woven through thinner strands of earth, water, and wood, all of it holding precious information. I glanced back over my shoulder and picked up my pace. Nathan tracked my retreat, and the senior journalist’s eyes narrowed when he caught sight of my elemental creation. Damn it.

Half jogging, I met the rumor scout at the end of the block. Shaped from my magic, it honed in on me with a precision that had taken years to perfect. I shoved my hair out of the way as the bundle of magic coiled over my right ear, forming a soundproof seal against my scalp. Immediately, a stranger’s voice spoke into my ear, the words having been collected and recorded by the scout.

“. . . dryad chased me. I’ve never seen anything like it. I’ve taken Wicker Road hundreds of times, and I’ve seen my share of dryads, but not like this.” The man’s deep voice held the accent of a Southern merchant, and he sounded out of breath. He didn’t pause to give whoever he was talking to a chance to speak, either. “The dryads looked . . . they looked . . . predatory.”

Predatory? Dryads were peaceful creatures. They lived in harmony with the trees to which their lives were bonded, and their personalities were the equivalent of an oak given mobility. They nurtured the forest and they lived quiet, hidden lives. I couldn’t even picture what a predatory dryad would look like; it was like trying to picture a hostile tree—one that had apparently chased this man.

My journalistic instincts perked up.

I had been hearing rumors about increased restlessness in the local Emerald Crown Grove dryads since the tail end of winter, which was why I’d tailored a rumor scout to seek out and record any conversations in which the word dryad was mentioned. I’d also read up on dryads at the city library, learning that their abnormal agitation could be due to an impending violent storm or a possible encroachment of a new road or predator into their grove. I’d held off pitching the story to Dahlia because I had my own, third theory that involved the timing of the dryads’ restlessness, but I’d been waiting for it to pan out.

I hadn’t even considered that the dryad story might be worthy of today’s challenge, but this new development held promise. Maybe I wouldn’t need to go to the fish market after all.

“Don’t do it,” the anxious voice continued. “You don’t want to chance—”

Claws of air magic ripped the rumor scout from my ear, tearing out a hunk of my hair.

I spun around. Nathan clutched my rumor scout in a thick lasso of air and held it suspended in front of him, studying it with avid curiosity. 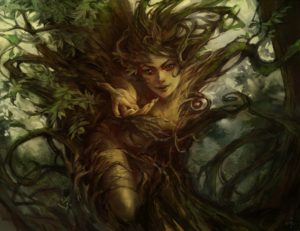 It had been a few years since I had traveled this road, and I’d forgotten how quickly the city disappeared. Dense woods and the rolling hills blocked out Terra Haven’s skyline after the first two turns in the road. I wanted to run, but since I didn’t know how far we had to go, I settled on a brisk walk I could sustain for hours. Quinn half trotted at my side, moving with the liquid grace of a big cat, his rock paws making less noise than my boots. The midmorning sun slanted through the trees, heating the packed dirt beneath my feet and warming my scalp. A silent wind stirred the branches of the tall oaks on either side of the road, but not even a whisper of moving air reached ground level, and I fanned the front of my shirt to cool myself.

We’d been walking twenty minutes before I realized an unnatural silence cloaked the forest beneath the susurrus of the wind through the oak canopies. No birds sang, no crickets chirped, no small creatures stirred the underbrush or rustled through the dead leaves of the forest floor. I slowed, quieting my footsteps and straining to listen for the missing noises.

“It’s too quiet. I received a rumor scout before we met up, and the voice in it said he’d been chased from the grove, but there’s nothing—”

A pair of coyotes burst from the bushes ahead of us, lips snarled to reveal white canines, ears flat against their skulls. I froze for half a heartbeat, then hunkered next to Quinn’s side, drawing a hasty ward of air around us. The coyotes barely registered our presence, veering wide to gallop around us down the opposite side of the road toward Terra Haven. Quinn didn’t have time to do more than arch his wings before they raced out of sight around the bend in the road.

“Since when do coyotes use roads?” Quinn asked.

I rubbed my thumb against my tingling fingertips. “Come on; let’s find out what’s got them spoo—”

A huge buck crashed down the hill to our right, his slender legs springing over smaller bushes. His antlers caught in a low-hanging branch, and he ripped free with a snort, not slowing until he stumbled onto the road. A trio of does bounded after him, their sweat-slicked sides heaving. None gave us a second glance as they raced after the coyotes.

I spun to peer in the direction they’d come from, my curiosity pounding in time with my racing heart. When nothing else emerged, I cautiously dropped my ward.

“I don’t think that’s a normal wind,” Quinn said, studying the foliage twisting above us.

This early in spring, the leaves were bright green and not yet fully developed, but they were large enough to catch air currents and tug the branches. Only, no pattern connected the shifting limbs of one tree and the next, almost as if—

“I don’t think that’s the wind at all,” I whispered. The trees moved, but they did so of their own volition. 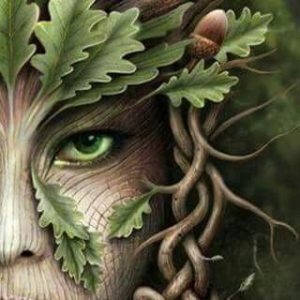 If you haven’t read anything by Rebecca Chastain yet, then you are missing out on one highly creative author. Her fantasy tales have unique characters, battle scenes and plots that set her apart from other paranormal authors.

In Deadlines & Dryads, Rebecca stepped outside the paranormal norm and weaved together a storyline I haven’t read about before. She introduced to us dryads; a nymph inhabiting a forest or a tree, especially an oak tree. The dryads are in a frenzy because a sick spriggan is in their midst. That’s terrible news for a dryad because a hungry spriggan will eradicate anything in its path.  To a dryad, that means they are its dinner.

To solve the issue of the spriggan, Kylie and Grant go in search of Landewednack dragon’s breath; an uncommon weapon used against a rare, extraordinary opponent. The battle against the spriggan wasn’t your typical knife, sword, guns blazing type of scenario. Their larger than life adversary used vines, roots, and pollen mist to keep them at bay.

The fight to save the dryads, the Emerald Crown Grove, is surely one you haven’t seen played out often (or ever).

Another scene you might’ve never read/watched before…… How about someone using magic to clean out the feces and bones from a harpy’s nest? 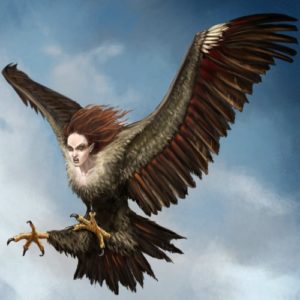 Like I stated above, Rebecca doesn’t write normal, boring stories. What she creates is memorable books that keep you coming back for more.

**FYI — What’s a sick spriggan look like? Think of a hulked out Groot (Marvel)**