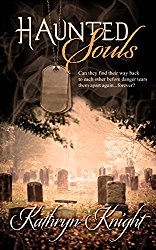 Four years ago, Emily Shea and Staff Sergeant Brett Leeds agreed to part with no strings attached. Sparks flew during their brief affair, but fate intervened, sending Brett overseas. When an unexpected pregnancy derailed Emily’s own plans, her attempts to locate Brett were soon overwhelmed by the challenges of single motherhood. Now, Brett has returned home, and Emily is forced to share her secret.

Despite feeling betrayed, Brett is determined to forge a relationship with their son, Tyler. As the former lovers battle both their inner demons and their mutual desire, another presence enters their lives—Tyler’s imaginary friend. Soon, however, the chilling evidence points to a different conclusion: a ghost has formed a dangerous connection with their son. Emily’s attempts to help both a lost soul and a friend in need spiral toward a deadly confrontation, and Brett must race to save Emily before he loses her again—forever. 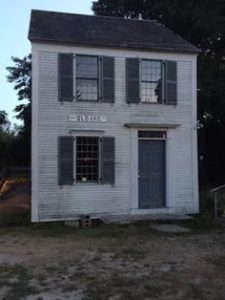 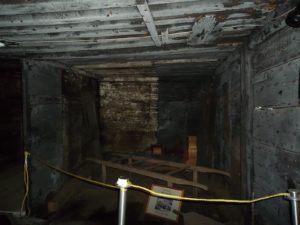 Emily spun around, scanning the room for Tyler. The guide pointed around the corner and she rushed past him, mumbling apologies.

Sure enough, there was a rope hanging across the open entrances to each of the three tiny cells. It hadn’t been enough to deter Tyler, apparently. He was turned away from her, standing near the shadowy back corner. His head was tilted at an angle, as though he was listening to something intently.

An icy shiver traveled up her spine. “Tyler, you can’t be in there. Come on out, honey.”

“Coming, Mommy,” he called without turning around. He nodded toward the wall, speaking in a low voice.

What on earth was he doing? Sweat pooled under the heavy ponytail at the base of her neck even as another chill washed over her. She called him again, glancing nervously at the guide. She didn’t want to break the rules further by following her son into the restricted area.

Tyler backed toward her, and she caught the words “I’m sure” before he turned around and ran across the long, narrow floor of the cell. Emily bent, thrusting her hands under his arms and yanking him over the rope. She held him tight, cradling him against her heaving chest. It was too hot in here, too claustrophobic. And yet, a ribbon of cold air curled around her ankles as she carried him back toward the front entrance.

“No, Emily. I don’t want anything to happen to you.” The words slipped out, but they were true. Not much scared him, but a thread of fear trickled through his veins at the thought of her dangerous plans. Brett suddenly realized he’d do anything to protect her, at all costs.

She cocked her head, lifting her eyebrows. “Really? I find that hard to believe.”

“Stop.” Damn it. She was like some kind of gravitational force, pulling him toward her. He closed the distance between them in three long strides. “You know I care about you.”

She stood, looking up at him, her eyes flashing with challenge. “As Tyler’s mom, you mean.” The old clock on her desk ticked off the seconds as they faced off, the heat growing between them.

He pushed at the chair with a savage thrust, and it rolled away quietly on its wheels. Backing her toward the desk, he grabbed her shoulders. “As Emily,” he growled, now angry with himself. But there was no resisting it. He crushed his lips over hers, allowing his desire to take control. His body needed her—it was as simple as that. 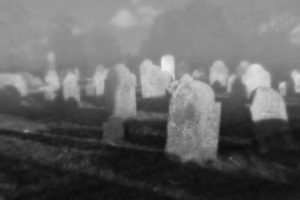 I’m not sure if I truly believe in ghosts, the paranormal world; however, I admit stories concerning experiences with the other side fascinate me. Maybe I am like so many others in the world; I get a slight thrill out of being frightened regarding the possibility death isn’t the end for us all. In any rate, ghosts were real for Tyler, Emily and Brett. One lonely ghost, Josiah, made contact with Tyler during a trip to the Old Jailhouse in Cape Cod. Through Josiah’s journey to be reunited with his “lost” mother, we get firsthand knowledge of the hardships faced in the 1700’s. Poor Josiah, his story was just as touching as Brett’s backstory and his was extremely moving.

Many soldiers battle PTSD every day and live in fear of hurting the ones around them. Their battle aboard might be over but the internal war rages on. For Brett, he was not only facing life out of the combat zone but he was acclimating to the fact he had a son. I’m impressed how well Kathryn depicted the struggle for a soldier to keep the wartime demons at bay while rejoining life on US soil.

Now, though PTSD and ghosts are sensitive subjects, Kathryn didn’t falter on the sensual moments. As Brett integrated himself into his son’s life, and as Josiah moved closer to his reunion with his mom, Brett and Emily couldn’t deny the fire between them never burnt out. As a parent, I can remember those days when the kid is finally asleep and mom/dad hustle to spend some alone time together. *wink wink*

As you can see, I thoroughly loved Haunted Souls. It touched on a multitude of emotions: fear (as a parent), fear (as a soldier), love, sorrow, and joy. It was a beautiful story about being reunited with a loved one and achieving internal peace. HEA!

~ Passionate Romance with a Paranormal Twist ~ 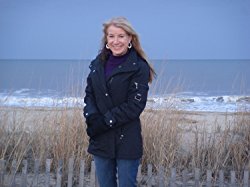 Kathryn Knight spends a great deal of time in her fictional world, where mundane chores don’t exist and daily life involves steamy romance, dangerous secrets, and spooky suspense. Kathryn writes contemporary romance spiked with mysterious hauntings as well as YA paranormal romance filled with forbidden love. Her novels are award-winning #1 Kindle bestsellers and RomCon Reader Rated picks. When she’s not reading or writing, Kathryn spends her time catching up on those mundane chores, driving kids around, and teaching fitness classes. She lives on beautiful Cape Cod with her husband, their two sons, and a number of rescued pets.