Bet Me: A Romantic Comedy by Lila Monroe (Book Review)

What happens when your sex strike goes viral — and suddenly every man in town has their eye on your prize?

All I wanted was little old-fashioned romance. After a parade of Tinder disasters who think chivalry is giving me a pearl necklace on the first date, I made a pledge: until guys step up their game, this girl is off the market.

But one bottle of chardonnay later, and my drunken rant has gone viral. I’m the most famous person NOT having sex since the Jonas Brothers put on their purity rings. A men’s magazine has even put a bounty on my (ahem) maidenhead: fifty Gs to whoever makes me break the drought.

Be careful what you wish for…

Now my office looks like an explosion in a Hallmark factory, I’ve got guys lining up to sweep me off my feet – and the one man I want is most definitely off-limits. Jake Weston is a player through and through. He’s also the only one who sees through the mayhem to the real me, but how can I trust he’s not just out to claim the glory?

And how will I make it through the strike without scratching the itch – especially when that itch looks so damn good out of his suit? The thrill of the chaste has never been so sexy in Lila Monroe’s hilarious, hot new romantic read! 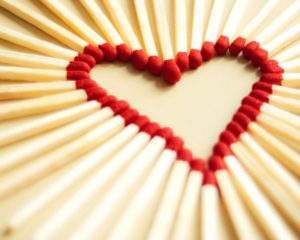 Lila showed men and women at their highest and lowest points. Yes, both genders can and will excel and falter in showing their love, romantic side, and take for granted their lover, boyfriend, girlfriend, husband, or wife.  Whatever label you are using, the end result should be the same. Want to keep a good man or woman? Then, kiss them. Not because you want sex but because you want them to feel loved and appreciated. Don’t allow your significant other do all the cooking, cleaning, chores, and so forth. PUT IN AN EFFORT! Oh and I firmly believe you should do small things every chance you get and not wait until Valentine’s Day.

Lila Monroe made sure readers understood that to keep your sweetums happy, don’t let the romance die because if you do your sex life (relationship) will feel the strain.

Men, you know stroking it gets old. Fake holes aren’t the same as the real deal.

Women, self pleasure isn’t always so fulfilling at the end of the day.

So heed Lila’s words and go give your man or woman some attention. Not because you want sex — expect it. No, give them it because you’re honored and amazed they chose you as their partner.