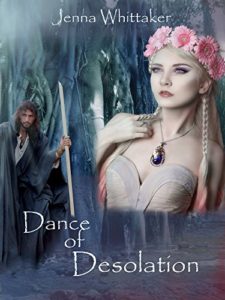 Shren has been locked in his own mansion’s cellar for seven years before one day, he finds the door unlocked, and his house—once filled with parties that his captors, his traitorous servants, threw—silent and empty.

Upon closer inspection, Shren finds that his home has only one difference from the days before his imprisonment—a painting gracing one of the walls, a painting of a man with eyes bleeding pitch black. A magicworker has been in his home.

Shren leaves, seeking to escape the wrath of the magicworker, should they return. It is then that he discovers their origin, that they are far more insidious and dangerous than he’d ever imagined, and he is inexorably drawn into a journey to stop the magicworkers from taking and corrupting his people as they did in the land they were created. 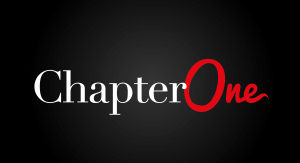 The walls showed a thousand writings and pictures as they slithered across the dark wood, telling the same story–a tale of darkness in a world long passed, wars and battles, everything Shren had ever read about in the history books. He watched with fascination, as he did every day; watching the stories be told in the silence of ink upon a wall.

Then the picture changed. It came to life. Black wings unfurled, arching feathers brushing the roof above, throwing shadows across the small square room as the lantern in the centre of the roof rocked and swayed in the breeze. The wings thrust out from the walls, grey and black etchings now hovering in mid-air. The wings beat slowly.

Shren covered his nose as the damp air stirred, chill gusts flinging fragments of mould into his face. He shivered and groaned; the musty scent of rotting wood and aged wine was irritating.

The wings slowly curled in on themselves, folding, before fading completely. A golden-cream furred shape crouched upright where they had been in the dark corner of the cellar.

“We need to leave.” The cat-like creature fell onto four legs and padded over to where Shren crouched, leaning against a barrel. It nosed the man’s huddled figure, keen eyes flickering as it waited for a response.

Shren unwrapped his arms from his legs and heaved himself upright, staring down at the linsang. He did not deign to respond, simply turning his back to it, staring at the dank walls of his prison. Every day the linsang spoke to him and every day it said the same thing. He did not want to leave.

Water dripped from the ceiling. Icy droplets slid down his neck and Shren lifted the hood of his cloak with a sigh.

Still the linsang stood, tail twitching as it watched its master.

“How am I to leave?” He demanded as he finally whirled round to face his familiar, “When I’m in a locked prison?”

“You know as well as I do,” the linsang arched its back in a stretch as it spoke, words seeming to materialise as sounds in the air though its mouth never opened. “You can leave whenever you wish.”

“Why now?” Shren leant his head back against the cold bricks and stared up at the ceiling.

“Time for reality, my friend,” the linsang said simply.

Shren growled and slid back into a crouch on the floor. His mouth twisted bitterly. “Reality,” he hissed, “Can go to hell.”

In answer, the linsang turned to the walls surrounding them, and Shren wearily followed the familiar’s gaze. The once white stone, now moulded green and grey, still held strong, held back the onslaught of the elements far above. And as had ever been for seven years, still the stories scrolled, black etchings of ink fluidly shifting over the walls day and night. Shren had tried to scrub them off, make them stop as the stories they told he did not wish to hear. Did not wish to believe, he admitted silently.

The place had driven him mad. Perhaps it was indeed time to leave.

A flicker at the edge of his vision made Shren to pause. He glanced over at the wall beside him, and the pictures it told caused him to sink to the floor once more.

No. Shren tried to look away but every wall was covered in the lies. Men laughing and drinking, showing his fine arts; the paintings of colour he had collected himself. Telling stories they had overheard him say, as if they were their own.

The words were whispered, but Shren clenched his fists, nails digging into palms crusted with the dried mud of years. Fear shone from his eyes as he sought to not watch the visions. Truth, the linsang had told him. The walls always showed truth.

But it was lies. “Stop it!” Shren shrieked, eyes wide. Perhaps indeed he had gone mad.

With those words the walls stopped. “I am sorry,” the linsang rubbed against his legs, “But you know as well as I do…Now is the time.”

He looked once more at the scrawling, the pictures that had been there his every waking moment. They had changed once more; this time it showed the guards of his prison, his own servants, their faces warped. Eyes scratched out, bleeding blackness. Skin grey; dead.

Shren recognised this picture. Never had he seen it before on these walls, but a time many years ago. An ancient painting he had seen once and sought for many years after; different subjects, yet the eyes were the same. Staring black holes. He’d never been able to see the strange mural again, yet here it was, on the very walls of his cellar, and that was truth.

His heart pounded in his ears; he knew what this meant. The linsang was right. He needed to get out now. Without any further argument, Shren drew himself up and laid his hand on the door latch.

He was sure it was locked. It had been locked for years, was that not why he was imprisoned here, why he had never left? Yet when Shren pushed down on the door handle, it swung open, moisture-swollen wood scraping against the stone doorway was the only resistance he met.

Had it ever been this way? Shren shook himself; of course not. The servants had to open and close this door to deliver the food that appeared every morning before he awoke. Perhaps one time they had forgotten to lock it. This one time.

He peered nervously out the door. Nothing happened. No traps sprung, no servants leaping from darkened alcoves.

So Shren ventured out into his mansion once more, a place he had not seen for close to seven years. He ignored his surroundings until he had exited the stairwell from the basement and was at ground level, concentrating only on one step at time.

Then he was inside the house. Here the plain stone walls, moulded and damp below, changed to plastered and painted surfaces, smoothed and clean beneath his fingertips.

So little had changed. His servants, traitors one and all, and yet they had still faithfully taken care of his home in his absence. They had spent his hoarded riches on the baser things, enjoying life as one big party, only to fall prey to one man–a magicworker of kroma iridis. That was the tale the inked walls had told him. Never had the pictures changed from days of banquets and debauchery until that moment, when he had seen the man with the bloodstained, black eyes. 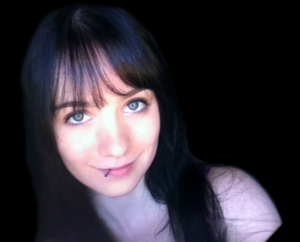