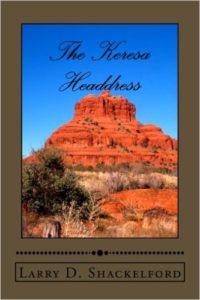 It’s just a routine case at the FBI’s Salt Lake City offices. The young woman’s boyfriend is missing, possibly dead. Agent Karen Adams thinks he’s probably just out with another woman—but then the Royal Canadian Mounted Police come calling. Why would they care about a wayward addict cheating on his girlfriend in Utah? Soon, Karen is involved in a case like nothing she’s ever seen, navigating through an international criminal network of drugs, sex trafficking, murder, and the black market trade of priceless archaeological relics. Her new partner Marcus “Playboy” McCoy—handsome, charming, and almost unbearably crass—is equal parts help and hindrance as she navigates a seamy underworld in the Utah desert. But she also finds assistance from some unusual sources: a graduate student in archaeology, a dissatisfied sister-wife from a polygamous commune, and an undercover Canadian Mountie. Together they become entangled in the web of international crime and the only way out is to find the most priceless artifact of all: the legendary Keresa Headdress.

(review request submitted by the author for an honest critique)
When a writer constructs a story dealing with historical facts, it’s easy to get caught up in the finer details and suddenly your story takes on the image of a wikipedia page. In this case, Larry didn’t cross the line from entertaining to overly informative. Sure, you could feel the passion and respect Larry Shackelford had for the Native American culture. Through the use of his characters, (Derek and Ruth), we learned much about their history but it wasn’t presented in a stuffy, clinical way. Knowing when to pull back takes talent. Larry, congrats on possessing such talent.
However, as much as I enjoyed the history lessons, I didn’t connect to some characters.
Constable Lee Bergerman’s focus seemed to shift drastically from work to pleasure once he met Ruth. Guess his “other head” did all his thinking for a bit until work/case struck a little bit too close to home.
I didn’t really see the importance of Marcus except for comic relief. But, if we look at all the great detective shows, there’s always one funny guy to help lighten up the tension filled cases so I guess Larry felt his story would’ve benefited from a funny guy too. Actually, it kind of did.
Karen: When I think of an FBI agent, I picture a woman who comes across as a leader, not a follower. Basically, I felt everyone was leading her around by the nose. Her detective skills were also lacking. She should’ve been able to realize sooner that Marcus had been using her phone for personal pranks. Others caught on fast. Maybe go back to FBI training camp?
I could discuss my take on the various other characters but I won’t. I will say despite my lack of love for them, they didn’t turn me off from the story. With the historical info, Marcus’ pranks, I found myself enjoying the story.
So would I recommend this story to others? Yes, yes I would.
Heart Rating System – 1 (lowest) and 5 (highest)
Score: ❤❤❤1/2
Print Purchase Link (Amazon)
Kindle Purchase Link 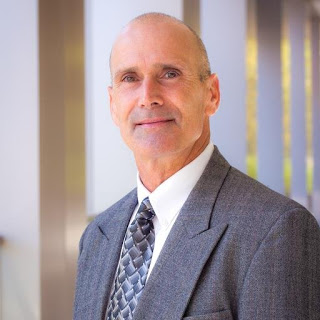 Larry was raised in southwest Missouri where he received his college degree, but he received his education after he graduated and began working in a maximum-security federal prison. After spending two years behind bars, he continued his law enforcement career as a criminal investigator, residing and working in eight states and two foreign countries. Larry retired from law enforcement after twenty-five years of service and resides in Salt Lake City with his wife and cat.

2 Responses to The Keresa Headdress by Larry Shackelford (Book Review)