A Bad Boy for Christmas by Jessica Lemmon (Book Review) 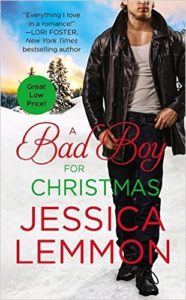 ‘Tis the Season to Be Naughty

Connor McClain knows what he wants. And after four harrowing years in Afghanistan, that’s a quiet life in the lakeside town of Evergreen Cove. But coming home has land mines of its own-the most dangerous of them being long-legged bombshell Faith Garrett. Now getting her into his arms this holiday is going to require more than mistletoe . . .
With a cheating ex behind her, all Faith wants is a relaxing holiday free from man drama. And even though every moment with gorgeous Connor is a sweet temptation, Faith is determined not to give in. But Jack Frost has other plans, and soon Faith and Connor are snowbound in a winter wonderland with only the sparks flying between them to keep them warm. As one hot kiss leads to another, they’ll have to decide if they’re ready to give each other the best gift of all-love. 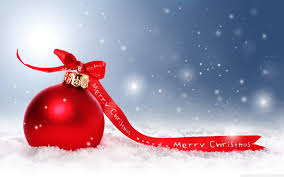 REVIEW
Who doesn’t adore romantic, sexy, and sweet leading men…. Connor was the ultimate dream man and Faith happened to be the woman who captured his heart.
Unlike most romance stories where the man is gun shy on love, in A Bad Boy for Christmas, it was the heroine who was scared about falling in love; timid about being in a relationship.
Connor broke through her walls and Faith learned she wasn’t cursed in the love department after all.
My only complaint with the love story was the lack of clarification on the age difference. Several times, it was mentioned. Even the word “cougar” was thrown out there. I know Faith hadn’t reached menopausal age yet and Connor was at least of drinking age so how big of an age gap are we looking at.
I hate unanswered questions so I am curious how many years separate these two lovebirds. The years between them meant nothing to them in the scheme of things, but still, Jessica kept mentioning it so it bugged me.
Heart Rating System – 1 (lowest) and 5 (highest)
Score: ❤❤❤❤
BUY NOW @ AMAZON:  Paperback / Kindle