The first novel in New York Times bestselling author Cynthia Eden’s sizzling LOST series introduces the Last Option Search Team, an elite unit that must protect the only surviving victim of a serial killer.
Ex-SEAL and LOST founder Gabe Spencer is accustomed to the unusual in his job. But when knockout Eve Gray steps into his office, he’s rattled. For the mysterious woman is a dead ringer for the heiress thought to be the latest prey of the serial killer who goes by the name Lady Killer.
When Eve awoke in an Atlanta hospital, her past was a blank slate. Then she recognized her own face in the newspaper and vowed to learn the truth. Determined to confront the nightmares hidden in her mind, she never expects to find a partner in Gabe.
As Gabe and Eve work together, their explosive attraction becomes irresistible. Gabe knows that his desire for Eve is growing too strong, bordering on a dangerous obsession, but nothing pulls him away from her. And when another Eve lookalike disappears, Gabe vows to protect Eve at all costs. While Eve may have forgotten the killer in her past, it’s clear he hasn’t forgotten her.

I kept ping ponging between two suspects in this opening tale of the LOST series. I was 95% sure I knew who the whackadoodle was; however, that pesky 5% was nagging at me. I was doubting myself and, for that, I say fan-fucking-tastic job Cynthia. You knew how to spin a suspenseful tale. I loved every moment of it.
It also made me think “blondes really don’t have all the fun”. If I wasn’t grateful before for being a brunette, I am now. 🙂
Heart Rating System:
1 (lowest) and 5 (highest)
Score: ❤❤❤❤❤

Kindle
Paperback
Audio CD
In the second seductive LOST novel from New York Times bestselling author Cynthia Eden, an obsessed Last Option Search Team agent goes looking for trouble—and finds her in the Big Easy.
Dean Bannon comes to New Orleans for one reason only: to track down a missing sixteen-year-old girl. That’s before he meets the drop-dead gorgeous con artist who makes him want to lose his legendary control.
With her past, Emma Castille doesn’t claim to be psychic. She just notices things other people don’t. Like the fear in a runaway’s eyes—or the pain in an ex-FBI agent’s heart. Her chemistry with Dean is blistering, but Emma follows her passion . . . not someone else’s orders.
Then a madman breaks into Emma’s home and leaves a twisted message: You’re next. Now Dean refuses to let her out of his sight until he pries every last secret from her full, sexy lips. And suddenly Emma’s aching to give him everything he wants. 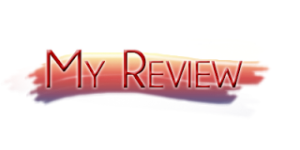 Despite the fact I figured out the twist to “Twisted” long before the stars of the show did, it didn’t deter from the greatness of this tale. Seriously, Cynthia dropped enough “clues” for the readers to solve the mystery before Dean, Emma, and the LOST team. However in this instance, the suspense wasn’t about who the whackadoodle was. No, it was about how the story would end and where because we all know the serial killer would not go quietly. What would be the fun in that if he did? 🙂
Heart Rating System:
1 (lowest) and 5 (highest)
Score: ❤❤❤❤1/2

Kindle
Paperback
Audio CD
COMING SOON!
In New York Times bestselling author Cynthia Eden’s latest novel featuring the Last Option Search Team (LOST), one agent is forced to face her past as she uncovers secrets about the man who may be the key to her future.
Criminal psychiatrist Dr. Sarah Jacobs is all too familiar with the kind of bad boys who belong behind bars. But the dark, dangerous man she meets in the New Orleans underworld is a new kind of ruthless, and all too irresistible.
Jax Fontaine doesn’t claim to be a good guy, but he’s loyal to his own code and brutally honest about what he wants. He and Sarah may be worlds apart, but when they’re skin to skin, nothing matters but the heat between them.
And when a deranged killer targets Sarah, Jax will do whatever it takes to keep her safe. . . .
Kindle
Paperback