Irish film director Rill Pierce fled to the tiny, backwoods town of Vulture ‘s Canyon, seeking sanctuary and solitude after a devastating tragedy. Once, his raw sex appeal and sultry Irish accent made women across the globe swoon. Now, he’s barely recognizable…
But Katie Hughes, his best friend’s sister, is not the type of woman to give up on a man like Rill. She blazes into Vulture’s Canyon determined to save him from himself. Instead, she finds herself unleashing years of pent-up passion. In a storm of hunger and need, Katie and Rill forget themselves and the world. But will Rill’s insatiable attraction to Katie heal his pain—or will it just feed the darkness within him?

John Corcoran loved the isolation of the Shawnee National Forest with the crisp spring air, the sounds of nature, and the bracing scent of pine. Isolation is what movie star Jennifer Turner craved as well, an escape that only a weekend hike, a long and blissful distance from Hollywood, could provide.

Yesterday, they were strangers—until a fateful accident, deep in the forest and far from civilization, throws them together and plunges them both into darkness. For Jennifer it is as unnerving as the night itself, trapped in such close quarters with a man as mysterious as John. He is alpha: bold, rough, and masculine, but with a scent of firewood and spice she finds intoxicating.
In the dark, Jennifer’s nightmares spring to life. The only way to vanquish them is by submitting to blind, naked need. Now, as intimately close as a man and a woman can be, they find themselves alone, battling fear and vulnerability. Only an unexpected passion will comfort them—a sensual, raw experience from which neither is certain they want to be rescued.

Aussie playboy, world traveler and landscape photographer Chance Hathoway recognizes a miracle of nature when he sees it. He comes upon her unaware, swimming in the nude. Camera in hand, his instinct is to capture her ripe, naked abandon. But he longs to possess more than just her image…
When Sherona Legion suddenly discovers that she’s being watched at her most vulnerable she’s surprised at her reaction. It’s not embarrassment or anger. It’s pure, unabashed arousal. She likes it—enough so that she’s willing to take an unprecedented risk with the sexy photographer.

Thrilled at having the exhibitionist in her awakened, she agrees to Chance’s offer to pose for a series of nude photographs—stimulating tableaus of bondage. It leads Chance and Sherona to intimate and unparalleled experimentation. But how much is Sherona really ready to give to a complete stranger? And how much more can Chance take?

It’s not often you’re hired to paint a body tattoo—and what a body—on a total stranger at a Hollywood film set. A reserved and careful art teacher, Joy would never forget it. In a rare fit of raw desire she gave herself completely, knowing she’d never see him again, or ever repeat such a shameless, naked impulse.
Little did she know, the man with whom she shared that lightning bolt of lust was star Everett Hughes. For Everett, women and sex came as easily as fame. But how could he hope to convince the guarded Joy that beneath the hard body and sexy façade of celebrity was a real man who wanted only one, real woman?

In the heat of an intoxicating affair, Everett endeavors to break down her barriers, gain her trust, and expose himself as the real deal. But can Joy do the same, and reveal to him the vulnerable woman who longs to be loved, wanted, and desired forever?

Former Army intelligence officer Seth Hightower may work with the Hollywood elite as a special effects makeup artist, but he’s learned the hard way to keep fame obsessed starlets at arm’s length. Only one woman ever tempted him to break his rules about dating actresses—and she left him with the memory of one night of uninhibited passion and a lifetime of what-ifs.

Hollywood “It” girl Gia Harris is used to being in the spotlight—and avoiding it when necessary. After she witnesses a heinous crime, she knows testifying is the right thing to do, even if it is in the midst of a media circus. But when things heat up and Gia is in danger she needs to avoid prying eyes and the rabid, long arm of the media. Seth’s special skills and knowledge of disguise make him the perfect person to keep her famous face out of the news, but their history makes him the last person she wants to be alone with. He’s far too tempting—and now, far too close…

As Seth conceals Gia and steals her away from a rabid public, they can’t ignore the blistering attraction between them. And when they give in to their cravings, they reveal more about themselves than either of them has ever laid bare before… 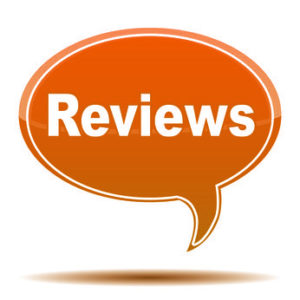