WHAT IS WITH MIKE McCAULEY?

Every time Delilah Webster runs into Mike McCauley, he practically bites her head off. The rough-and-tumble contractor clearly has baggage. Del has her own emotional scars and knows she’s better off keeping her distance, but Mike’s temptation in jeans and a T-shirt and she’s always been good with her hands…

There’s something about the strong-willed mechanic that sets Mike’s motor running–and scares the hell out of him. Mike has loved and lost and will never hurt like that again, even if that means walking away from a woman who makes him feel alive for the first time in years.

When a simple kiss turns hot and heavy, Mike discovers he can’t stay away, no matter how certain he is they’re destined to crash and burn… 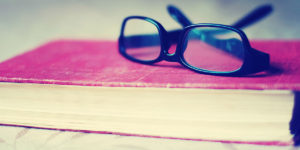 Oh how I love the little rascal Colin, Mike’s son. He reminds me so much of my daughter it’s freaking scary. They are both sneaky, a mouth too big for their ages, and ears that hear every damn word. But goodness, they are so damn cute and a joy to be around.
Now let me speak about Mike and Del. They both came into the relationship with major baggage, like most people. He was still grieving over his deceased wife who died giving birth to Colin. And Del, she never felt worthy of love thanks to her mother and I use the term “mother” loosely.
However, Mike realized he could allow himself to love again. That in doing so, he wasn’t tarnishing what him and his wife had.
Del, with all her tattoos/piercings/rough exterior attitude, learned it’s okay to let someone in besides her family. She admitted to herself she wanted more in life besides working in the shop and finally got it.
Best scenes in the book: Del putting Grace in her place. Colin being all spy-like with J.T. Basically any scene involving J.T. Speaking of the tattoo artist, I want his book!!!
Heart rating system
1 (lowest) and 5 (highest)
Score: ❤❤❤❤❤