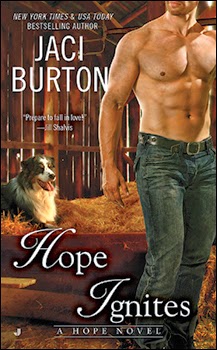 When a movie crew asks to film on his cattle ranch, Logan McCormack doesn’t expect Desiree Jenkins, the young, sought-after star, to be so open, so down-to-earth, or so intimately interested in him. But the last thing a loner like Logan needs is a distraction like Des, who wouldn’t understand what it’s like to live peacefully off the land.

But it’s Logan who doesn’t understand. What Des wants is an escape from paparazzi and gossip columns, and she’s found it at Logan’s ranch. Now it’s up to her to prove that she’s like any other girl looking to be accepted for who she is. And she’s hoping that it’s by this real life cowboy who has everything it takes—and more—to give her the kind of happily ever after that can’t be found in the movies.

Do you love cowboys?
Do you love when a woman takes charge and speaks her desires?
Oh yeah, I do too.
I loved how Des flirted with Logan. Literally came out and said she wanted him in her bed. That is hot!
Colt, her best friend and movie co-star, oh he was quite dreamy too. I hope him and his boyfriend Tony make appearances in future releases because I believe their story has just begun.
Heart rating system:
1 (lowest) and 5 (highest)
Score: ❤❤❤❤❤
US – Amazon Print Edition
US – Kindle from Amazon