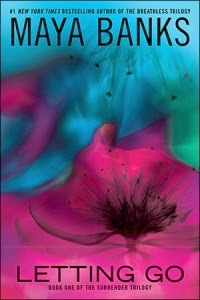 Josslyn found perfection once, and she knows she’ll never find it again. Now widowed, she seeks the one thing her beloved husband couldn’t give her. Dominance. Lonely and searching for an outlet for her grief and wanting only a brief taste of the perfection she once enjoyed, she seeks what she’s looking for at an exclusive club that caters to people indulging in their most hedonistic fantasies. She never imagined that what she’d find is the one man who’s long been a source of comfort—and secret longing. Her husband’s best friend.

Dash has lived in an untenable position for years. In love with his best friend’s wife and unwilling to act on that attraction. He’d never betray his best friend. And so he’s waited in the wings, offering Joss unconditional support and comfort as she works past her grief, hoping for the day when he can offer her more.

When he finds her in a club devoted to the darker edges of desire, he’s furious because he thinks she has no idea what she’s getting herself into. Until she explains in detail what it is she wants. What she needs. As realization sets in, he is gripped by fierce, unwavering determination. If she wants dominance, he is the only man who will introduce her to that world. He is the only man who will touch her, cherish her…love her. And the only man she’ll ever submit to.

I can’t fathom losing the love of my life. The ache Joss must’ve felt is….incomprehensible.
I’m not sure, for me, if they could be a second soul mate but for her there was in Dash.
He did feel a void in her heart and did complete/fill all her sexual desires. How many can say they’ve been this lucky in love twice?
For the first book in this series, I was say I found it more enjoyable than the Breathless series by her. The “apology” scene was touching. The final cemetery scene… moving. I will definitely be checking out the next two books in this series coming later this year. (Check dates below)
Heart rating system:
1 (lowest) and 5 (highest)
Score: ❤❤❤❤
Amazon Print
Amazon Kindle
Stay Tuned!!!!! Kylie sees the way Jensen looks at her. The dark promise in his eyes. That rough edge of dominance she knows he possesses. But dominance is the one thing that frightens her above all else. She and her brother barely survived a childhood steeped in violence and abuse. She could never give up total control and submit to a man. Especially a man like Jensen. Could she?

Jensen sees the shadows in Kylie’s eyes. Knows he has to tread very carefully or risk losing any chance he has with her. All he wants is the opportunity to show her that dominance doesn’t equal pain, bondage or discipline. That emotional surrender is the most powerful of all, and that to submit—fully to him—will fulfill the aching void in her heart in a way nothing else ever will. 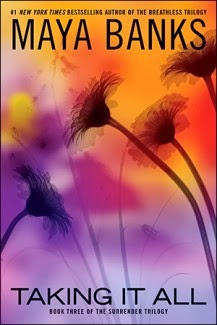 Chessy and Tate have been married for several years. In the beginning, their relationship was everything she wanted. Passionate. All consuming. She offered her submission freely and Tate cherished her gift with a tenderness that made her feel safe. Content. Wanted. And loved beyond all measure. But as the years have gone by, Tate has become more immersed in making his business the success it has become, and Chessy has taken a back seat to his business obligations. Growing unhappier with the status of their once blissful marriage, Chessy knows that something has to give. Or they stand to lose it all

Tate loves his wife. Has always loved her. Providing for her has always been his number one priority. But lately she’s seemed unhappy, and he’s worried. Worried enough that he arranges for a night together that he hopes will reignite the fire that once burned like an inferno between them.

But a business call at the wrong time threatens everything. Chessy’s safety, his concentration, his wife’s faith in him as her husband, a man sworn to love and protect her above all else. Gutted with the realization that he’s going to lose her—has already lost her—he readies for the fight of his life. Whatever it takes, he’ll get her back. And prove to her that nothing is more important than her love. And that if she’ll allow him to prove himself one more time, he’ll take it all. Everything. But he’ll give far more back. Himself. His undying love.