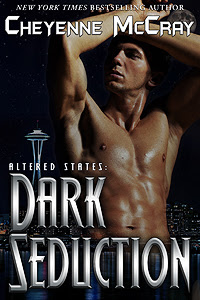 Despite the fact that Tori Adams wants nothing better than to relax with a good beer alone in the local cop hangout, she meets Logan Savage who turns her world around. After an evening of cat and mouse, they end up spending one of the hottest weekends together that she’s ever experienced. He’s everything she could ever want in a man—in bed and out.

Tori is a freelance undercover agent for the Paranormal Intelligence Agency. The PIA is a highly secretive government agency that does whatever it takes to accomplish its missions, including black ops. Tori has special “talents” that make her one of the most sought-after assets in the underground world of espionage.

What she didn’t expect was Logan to be her next undercover assignment. He’s the owner of Savage Industries, one of the most respected private tech firms in the U.S… And according to the PIA, he’s also one of the bad guys. The PIA reports he’s close to selling elite technology that his company has developed to a foreign faction. If he’s successful, that would prove extremely dangerous to the U.S. government as well as all governments around the world.

Logan fell hard for Tori, but she’s not returning his calls. It’s as if she’s disappeared. He begins spending time again with his ex-girlfriend, Carla. He finds her somehow different than she’s ever been and he’s drawn to her in ways he hadn’t before, despite his feelings for Tori. He only knew Tori for one weekend—one incredible weekend—but he still finds it hard to forget her despite Carla.

But his paranormal talents are telling him something is wrong… And he intends to find out exactly what that is.

Tori feels like she’s being ripped apart. Thanks to her abilities, she’s able to take the identity of Logan’s ex-girlfriend, Carla. Tori can’t help falling for him even harder than before.

He’s the enemy she has to constantly remind herself.

It’s not long before her true identity is discovered. Logan feels betrayed but needs her to recover the technology that the PIA has stolen. Tori learns that things aren’t as they seem and soon she’s playing double agent and trying to recover what she’d been assigned to steal.

In a game of lies, betrayal, and high stakes, Tori and Logan are forced to work together and stop what is one of the most dangerous thefts ever to happen in the U.S. At the same time they must trust each other, and trust a love that rises from the ashes.

~Quick Thoughts~
While I was reading this story, I kept flip flopping on which paranormal ability I would choose if given the choice. In the running were – Invisibility and Teleportation. Imagine how much time you’d save by teleporting various places. Of course, there is the hazard of literally hitting a person or thing. OUCH! And invisibility, oh the pranks I would pull.

There were a few other “gifts” mentioned in the story and I’m sure they will intrigue you as they did me.

So folks, I highly suggest picking up this story and watch how the “powers” are utilized. As you can guess, things didn’t go smoothly for the “gifted” ones.