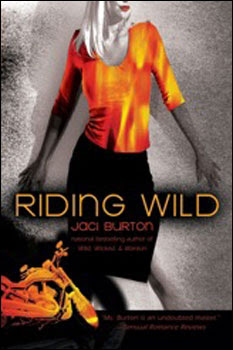 Book One in The Wild Riders Series

He’s a Harley-riding ex-thief working undercover for the government. She’s a gun-toting ex-socialite hired to protect a valuable museum exhibit. But in her attempt to stop a heist, she never anticipated having her breath and her heart stolen…

Mac Canfield was the last man Lily West expected to see again, never mind aim her gun at. But here he was, the bad boy who’d broken her heart years ago-still a thief, this time high-jacking a priceless artifact—and it was all she could do to push aside the memories of how it felt to have his perfectly chiseled body next to hers.

Mac was no less shocked to see the beautiful girl-next-door all grown up, threatening to shoot him on the spot. Little did she know she was blowing his cover-and now he had to figure out how to get her out of harm’s way without succumbing to his crazy desire to take her on a hot trip down memory lane.

Unfortunately, Lily has no intention of going anywhere with Mac. Which means he has to resort to kidnapping. Unless, of course, she agrees to let him take her for the kind of ride destined to drive them both unbelievably wild. 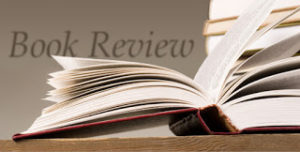 As a woman who loves motorcycles and is in love with a biker, I couldn’t wait to start book one of the series. I loved how Jaci showed the camaraderie between bikers. It’s true, you don’t have to know a biker personally to feel welcomed at an event. They are truly some of the nicest people who’ll ever meet. And as she portrayed in the rally scene, they will absolutely do anything to help a person out. Truly great people!
My only negative feedback regarding the book is the “under the influence” scene. I know she addressed Mac’s reservation about chasing after Lily when he knew his faculties weren’t in proper order but he did so anyways. I won’t say why he did so. Yes I could see why he had to go after her. However, as someone who has rode a bike for many years, the idea of anyone riding knowing very well they should’t be hit a bad cord with me.
Other than that, a brilliant and sexy read. And I do mean SEXY!
Heart rating system – 1 (lowest) and 5 (highest)
Score: ❤❤❤❤ 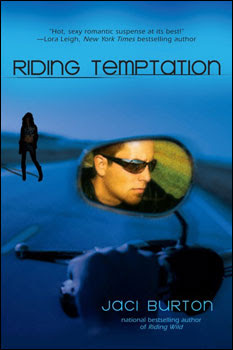 He’s a biker working undercover for the Feds. She joined the Wild Riders for reasons of her own. Together, they’re burning up the asphalt and tearing headlong into danger and passion…

Ever since runaway Jessie Matthews teamed up with the gang of special ops bikers, the Wild Riders have thought of her as their kid sister. Except for Diaz Delgado. Over the past few years he’s been watching the budding of a ripe young woman. Jessie’s glad somebody finally sees her for who she is—and she’s thrilled it’s Diaz. His dark good looks and killer body have tempted her since day one.

Diaz’s unbrotherly urges have been hard to fight but the last thing he’d want to do is hurt Jessie and break up the gang. But when they both go undercover to infiltrate a group of killer survivalists, he knows it’ll be hard to keep his distance—especially when the mission takes a risky turn. Now Diaz has no choice but to open himself up to the one woman who may be strong enough to take him on.

If you love stories featuring outdoor sex/voyeurism, then you’re going to want to purchase this book. Besides having nookie outside alone, Diaz and Jessie also engaged in a sexual relations for their initiation into the Skulls. The scene wasn’t done in a raunchy way, but one that will heat up a reader.
Besides the abundant amount of love making going on, there was plenty of action with the characters having their clothes on. Shots were fired, injuries occurred but at the end of the day, the good guys did prevail. Now isn’t that what we all want in a story? A happy ending. 🙂
Heart rating system – 1 (lowest) and 5 (highest)
Score: ❤❤❤❤

Kindle from Amazon.com / Nook from Barnes+Noble.com