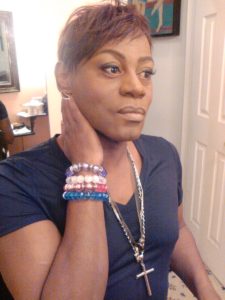 My name is Tracy James Jones and I am a blogger, reader, reviewer, writer, former actor and artist, with much love for films, music, books, and friendly people. :o)

Born and raised in Waxahachie & Dallas, Texas, I have had a lifetime love affair with the entertainment industry. Starting with singing in my church choir, I later ventured into stage productions with my local community theater and eventually feature films.

I started writing in high school, with the help of an amazing Journalism teacher, which I continued as my major in college, with a minor in mass communications. Switching from journalism to creative writing came into play after I was offered the opportunity to write the life story of a local boxer, which later became a documentary film. Writing his story opened the door for me to begin writing my own novels and short stories.

In the future I plan to write more human interest novels & short stories. I also hope to translate more of my work for screen. At present time, all of my books are available on amazon. Free shorts and excerpts are available on my blog and/or wattpad.com. 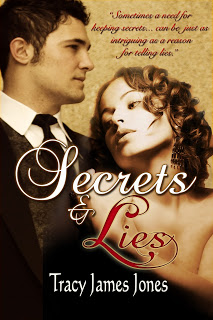 “Sometimes a need for keeping secrets
Can be just as intriguing as a reason for telling lies…”
”Secrets & Lies” is an emotional journey into the private lives of four central characters that can be defined as a contemporary multicultural romantic family drama with a twist. Overall, this book is about a group of not-so-ordinary people, all from very different backgrounds, whose secrets and lies leaves a trail of deceptions waiting to upset the rituals of their daily existence.
* * *

Kennedy Jordan is a handsome young man with a secret past and a challenging future that keeps him in the balance between having what he wants versus what is expect of him.

Camilla Vargas is a beautiful ambitious young woman with dreams of success that she plans to obtain by any means possible, and vows to not let anything keep her from it.

Ulanda Jefferson is a hip outspoken fashionista with a fiery attitude. Armored with sharp-wit and an uncensored tongue, she is more than just a force to be reckoned with.

Bren Searcy is a grown-up lost in transition, (literally from male to female). There is almost nothing she wouldn’t bear to hang onto the happiness she has finally found.
* * *

In the end, for everyone involved, even the elements of true confessions gets lost in translation as the explicit details of who they are brings the group together in a surprising, yet necessarily finale that could change the course of their lives forever…